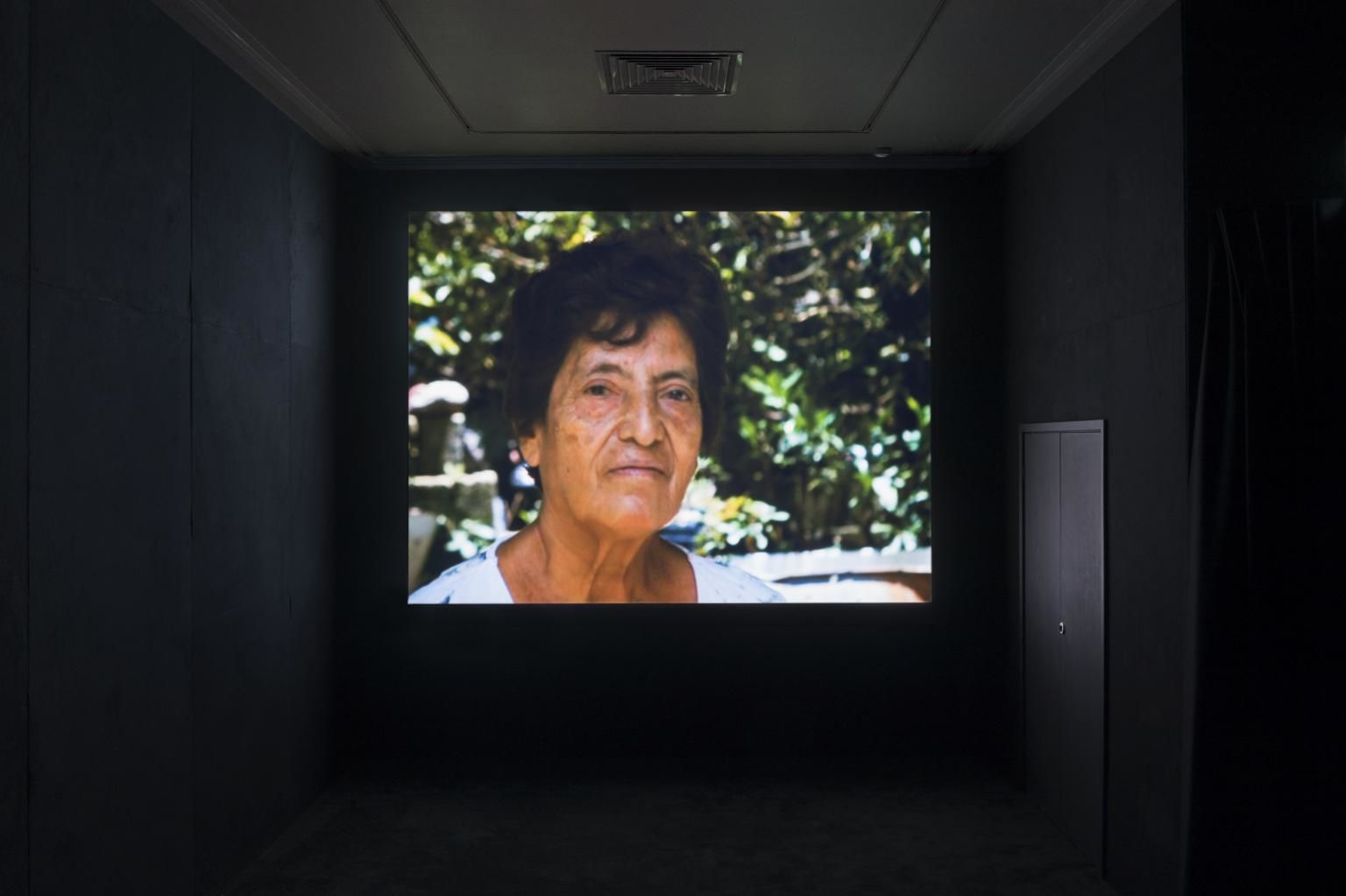 Join us for a screening of Rosalind Nashashibi’s 2017 film Vivian’s Garden, programmed to coincide with the Vivian Suter exhibition at Tate Liverpool.

Vivian’s Garden tenderly depicts the relationship between Suter and her mother, artist Elisabeth Wild. The film visits them at their home in Panajachel, Guatemala, showing Suter at work creating her paintings among the jungle garden. Their home is a place of both danger and security, with stories of kidnappings and floods alongside the supportive mother-daughter bond.

Accompanying the screening, Nashashibi will be in conversation with Adam Szymczyk, curator and artistic director of Documenta 14, an exhibition that showcased both artists. He has worked closely with Nashashibi and Suter on numerous occasions over the last 15 years.

Rosalind Nashashibi is a British artist working in film, painting and printmaking. She was nominated for the Turner Prize in 2017. Solo exhibitions include: Two Tribes, Murray Guy, New York, USA (2016); Electrical Gaza, Imperial War Museum, London, UK (2015); and The Painter and the Deliveryman, Objectif Exhibitions, Antwerp, Netherlands (2013). She is a senior lecturer in Fine Art at Goldsmiths University.

Adam Szymczyk was Artistic Director of Documenta 14 in Athens and Kassel in 2017. In 1997, he co-founded the Foksal Gallery Foundation in Warsaw. He was Director at Kunsthalle Basel from 2004 to 2014. In 2008, he co-curated with Elena Filipovic the 5th Berlin Biennial for Contemporary Art, When Things Cast No Shadow. He is guest lecturer at Akademie der bildenden Künste in Vienna as well as at Hochschule für Gestaltung und Buchkunst in Leipzig, Germany. In 2011, he received the Walter Hopps Award for Curatorial Achievement at the Menil Foundation in Houston.