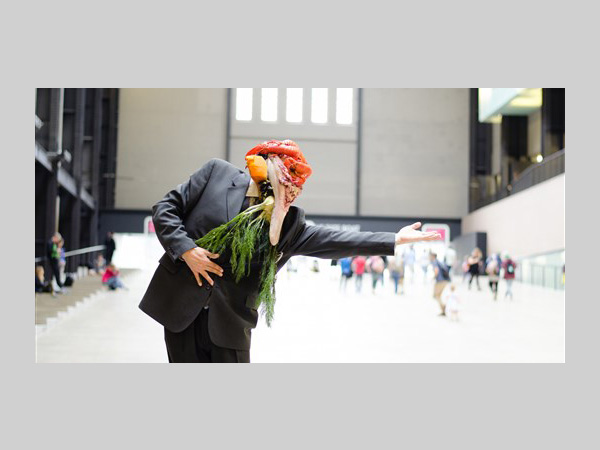 Performance artist Filippos Tsitsopoulos designs series of live performances filmed in public spaces and art venues showing aspects of the everyday life of the character Mr Kott, inspired by the life and writings of the renowned theatre theorist Jan Kott. The artist employs fragments of Kott’s oeuvre in juxtaposition with his own personal childhood memories, having grown up with major theatre practitioners as the son of an actor, so as to reinvent Kott’s fictional life in London.

The artist envisions these interventions in spaces such as: the Serpentine Gallery, Frieze London, Tate Modern, Toynbee Studios, CGAC Santiago de Compostela, Colchester Centre /Antony Roberts performance Bus, Chelsea theatre, Southbank Queens walk, and the performative participation at the Jan Kott conference at the Rose theatre in Kingston London as a response to a recent article by Michael Billington that characterises Kott as the “largely forgotten Polish professor.” Billington wonders whether anyone still reads Kott and whether we acknowledge the impact he had on the British theatrical culture and his continuing relevance for theatre practitioners.

Tsitsopoulos’ performative interventions in London, twice at the Tate Modern, are spread now all over the Uk in Institutions attempting to reclaim Kott’s legacy in Britain so as to restore this recent invincibility and so as to revaluate the largely forgotten Polish theatrical scholar as our contemporary. This ongoing project was recently exhibited at RPH Gallery in Madrid as a video performative installation.

Kage where K for Kott is a project of Filippos Tsitsopoulos with production partners / Out of the Box intermedia, Sonia Arias and Sozita Goudouna.