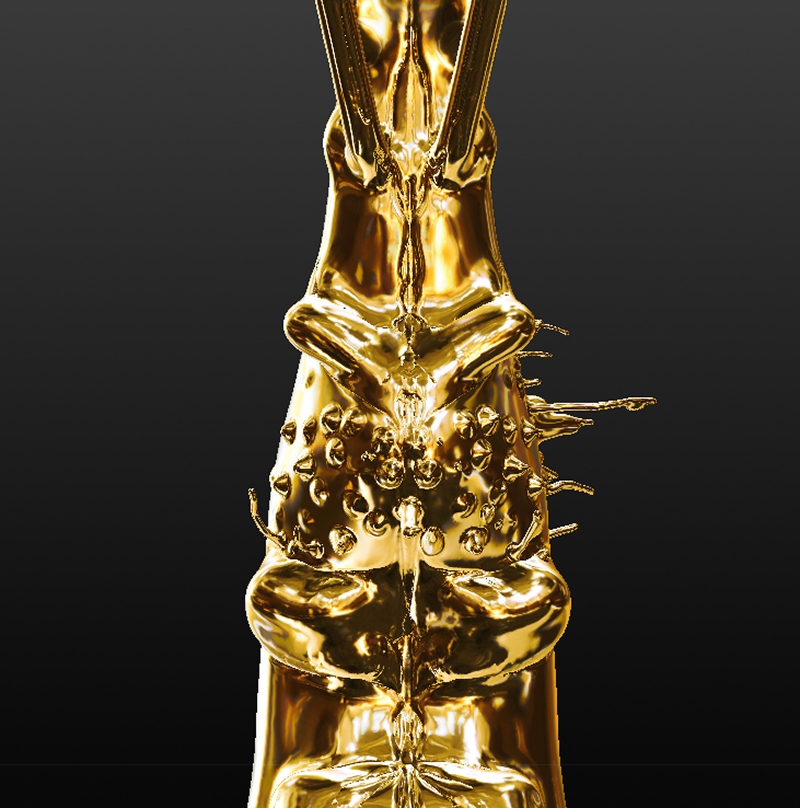 Pop-up exhibition exploring the future of 3D printing and its possible effects on our bodies, sexualities and identities

Is it possible to change the world without also changing ourselves? In the new pop-up exhibition Designing Desire at FACT (Foundation for Art and Creative Technology) in Liverpool, artists Morehshin Allahyari, Joey Holder, and Kuang-Yi Ku consider the future of 3D printing within their respective fields, calling into question the fixed way we have been taught to think of our bodies, identities, gender and biological capabilities.

With differing starting points, Morehshin Allahyari, Joey Holder, and Kuang-Yi Ku are all operating at the juncture of visual arts, technological production, scientific exploration and political activism. By practicing speculative design – design that is used as a tool to create not only things but ideas, and imagine possible futures – the artists’ different works encourage us to imagine endless possibilities for our future, and our present, selves.

Morehshin Allahyari uses technology to deal with the political, social, and cultural contradictions we face every day. As part of Designing Desire, her ongoing work SHE WHO SEES THE UNKNOWN (2017 – 2018) focuses around dark goddesses, and djinn female figures of Middle-Eastern origin. The work explores the symbolic meanings behind traditions and myths, speculating on the effects of colonialism and other forms of contemporary oppression and possession. Her work showcased as part of Designing Desire  is presented courtesy of Upfor Gallery, Portland, USA.

Joey Holder’s multimedia installations explore the structures and hierarchies of the technological and natural worlds. Her work Evolution of the Spermalege (2014 – 2016) investigates insect mating behaviours and anatomy, and uses 3D printing technology to visualise how these link to human relationships and bodily functions.

Through talks and interactions with visitors to Designing Desire, the artists will consider how their practices unite in tackling the imposition of limits and regulations by the so-called ‘real’ world, and how rapid prototyping and digital tools can help us to move past such restrictions, opening up new directions within technological, biological, political and sexual advancement. More information about events at FACT can be found at fact.co.uk

The starting point for Designing Desire and series of events, is the collaboration between the three artists for The 3D Additivist Manifesto, a project by Allahyari and Daniel Rourke. The manifesto is a call to push creative technologies to their absolute limits and beyond into the realm of the speculative, the provocative and the weird, and the call resulted in a digital and physical book, The 3D Additivist Cookbook (composed of responses, an extensive catalog of digital forms, material actions, and post-humanist methodologies and impressions), will also be shown as part of the exhibition.

The exhibition is developed with support from the Ministry of Culture (Taiwan) and in partnership with Homotopia, the Liverpool based arts & social justice organisation making art, interventions and participation that inspires and unites communities. The project is also supported by the lab and Design department at Liverpool John Moores University.

Morehshin Allahyari and Kuang-Yi Ku have both undertaken research residencies between 2016 and 2017 in FACT’s experimental design space FACTLab, focused on the areas of speculative design and 3D Printing.