Home Cornerstone: The Other Art-iste, Photography by Inni Singh

Cornerstone: The Other Art-iste, Photography by Inni Singh 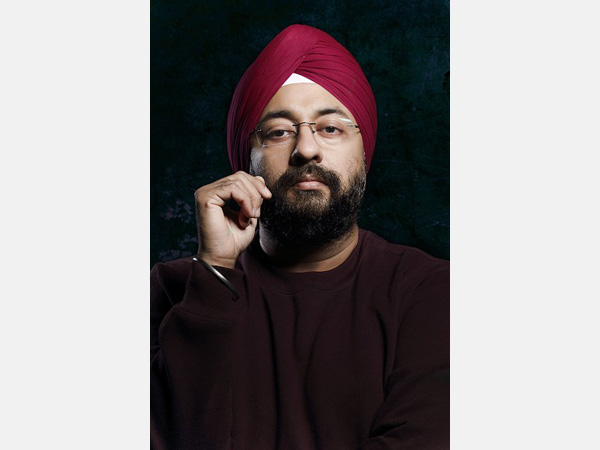 Cornerstone: The Other Art-iste, Photography by Inni Singh

Indika: The Other Art-iste. Photography Exhibition by Inni Singh & the Sarvam Foundation

For the first time in Britain, highly acclaimed photographer Inni Singh presents a fascinating exhibition of Indian artists in their element, created in partnership with the Sarvam Foundation, New Delhi.

Too often have the Classical Arts of India been viewed through the lens of tradition. Costumes, stage, jewellery and make-up – often overwhelming and slightly elitist for the average audience member. Bharatanatyam Dancer Nehha Bhatnagar (also featuring in Indika) & Inni Singh, through their past work and specially commissioned shots for Milapfest, have brought some of India’s most well known Gurus, current stars and future ones together to re-look at the way Classical arts are presented. Who is the artiste when off-stage? What is the art when out in the world? Who could possibly collaborate together, leaving aside all differences? Where is the art located between the spectrum of tradition and modernity? What is tradition and what is modernity? What do the arts convey, or do they anything at all?

These and many other thoughts are explored through a photographic exhibition conceptualized and curated by Nehha Bhatnagar and photographed by Inni Singh The Sarvam Foundation-Inni Singh relationship has been a historical connection in the field of performing arts in India. Nehha Bhatnagar, Founder of Sarvam, helped launch Inni Singh–and unleashed upon the arts world a new way of looking at dance & music photography. Inni’s innate talent for aesthetics and beauty has catapulted him as the most valued Classical arts photographer in India today. Nehha & Inni have worked on the world’s largest performing arts Calendar for two years now and through Nehha’s many unique curations, Inni has captured history in the making. A karmic connection, this duo works purely for art’s sake.
Free Admission

The festival will open on 22 July with performances of two exquisitely beautiful Indian classical dance styles that are rarely seen in the UK – Odissi and Kuchipudi. For dance lovers, there is a further performance on 24 July which will showcase the stunning and exhilarating Bharatanatyam dance form, as well as an exploration of some of India’s most iconic women from the pantheon of Hindu mythology – all through the medium of classical dance.

International musical director, Dr Sudha Raja, will be leading an exciting Indian Choral Singing Workshop which is open to singers of all backgrounds and abilities. Whether an aspiring shower superstar or choral connoisseur, the workshop will provide an opportunity to experience the joy of Indian Choral Music, and offers participants the chance to perform as part of the Indika festival (over-18s only).

Amongst the numerous other musical delights that the festival has to offer, there is a performance by Carnatic superstar Abhishek Raghuram, who will be performing alongside highly acclaimed violinist HN Bhaskar, as well as performances by the National Indian Choir and National Indian Music Ensemble. The festival will also see the return of the popular Morning Raga concerts at 8am on 24 and 27 July, as well as Evening Raga concerts at 10pm on 23 and 28 July.

For the first time in Britain, highly acclaimed photographer Inni Singh presents a fascinating exhibition of his photographic work, ‘The Other Art-iste’, which showcases Indian artists in their element. The festival will also host the Yuva Sangeet Ratna Award Night which will see the top young Indian music talent in the country compete for Milapfest’s Young Musician of the Year Award.

Indika is the biggest celebration of classical Indian arts in Europe and a highlight of the Liverpool festival season.

Find out more at www.milapfest.com 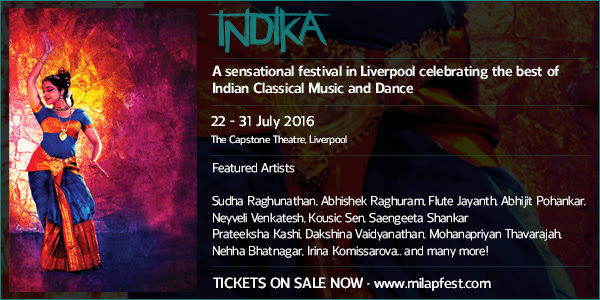