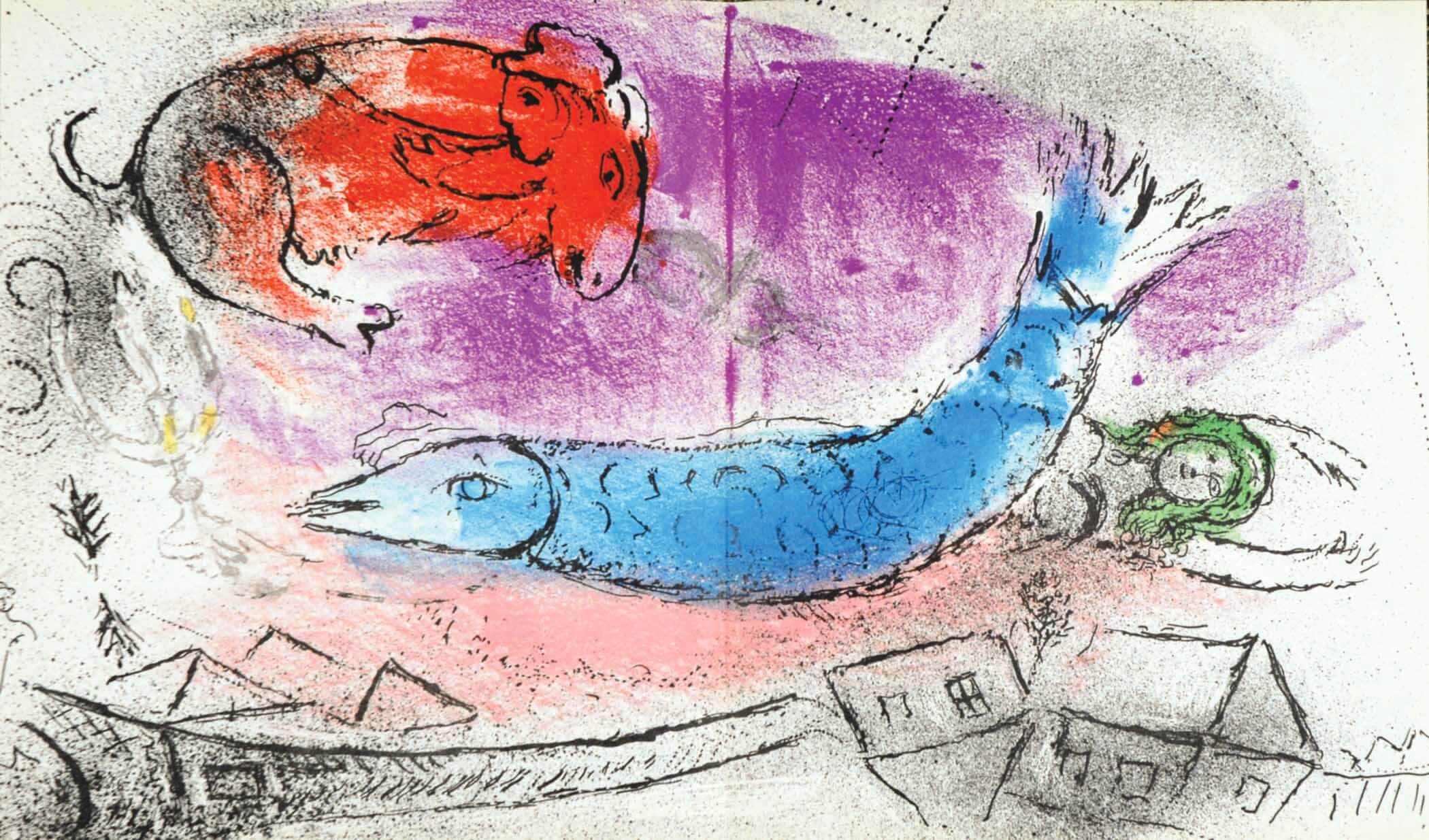 James Parton, recalled how the artist stood beside the lithographer to watch the single sheets pass through the hand-fed stone press, one colour at a time . . . to catch every nuance of shading. [He] threw out the whole first set of gravure plates: the yellow, he felt, was off a shade.

The Russian-born painter and printmaker Marc Chagall (1887-1985) now has a deserved reputation as one of the 20th century’s best-loved artists. Born in Vitebsk, Russia, Chagall studied in St Petersburg before travelling to Paris where he became an influential young member of the avant-garde circle of artists establishing their careers in the heart of the French capital.

Enthralled by the many sights, sounds and colours of the Paris streets, in 1917 Chagall returned to his native Vitebsk to make use of his new experiences as Director and Commissar of Fine Art. However, his bright, colourful, fantasy-based work irked the conservative local authorities, so he left for Moscow to design for the new Jewish Theatre. Returning to Paris in 1923, he met the dealer and collector Ambroise Vollard, who would go on to commission and publish some of Chagall’s most important suites of prints in the following decade. Fear for his life as a Russian born Jew meant that between 1941-47 he moved between occupied France and the USA, eventually settling near Nice where he continued to paint and live out his final years.

Chagall was a prolific artist, his most cherished sources of imagery coming from memories of a Jewish childhood, Bible stories, and of the folklore from his early life in Russia. He died in 1985.

All lithographs, etchings available during the exhibition are original prints.  Mostly unsigned, some signed in plate, they were produced in the 40’s, 50’s and 60’s with the artist’s supervision by renowned printers like Mourlot Freres in Paris.  All prints and posters are genuine and some have an accompanying  justification page if part of a particular suite. Should a customer be doubtful we can provide a certificate of authenticity.