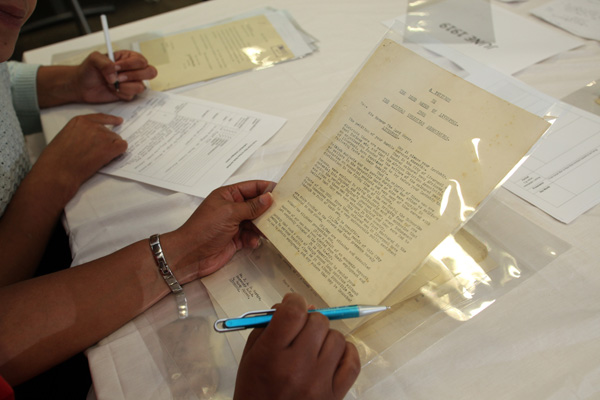 Writing on the Wall presents the Great War to Race Riots Website Launch on Wednesday 28th October during Black History Month at Liverpool Central Library at 6pm. In 2014 community member and activist Joe Farrag presented Writing on the Wall with a fascinating and moving collection of documents and letters. This archive relates to the position of Black ex-servicemen, seamen and factory workers stranded or left destitute in Liverpool after the First World War who had fought for England on land and at sea during the Great War of 1914, or had worked in factories in Liverpool, and had wives and children here. They were then subjected to verbal, physical and racial abuse on the streets of Liverpool which was compounded by institutional racism. Set against the backdrop of the 1919 race riots, the documents reveal a plight of daily racism and loss of jobs because of a boycott by white workers.

The unique nature of this material is that it contains the written word of those ex-servicemen, sailors and workers who were being confronted with poverty, abuse and assault. One stranded seamen, Elisha Sterling, who is appealing for help from the Lord Mayor so he can return to Jamaica, writes, ‘My wife as to lock in the house all day – she having no freedom to walk the street the way in which she is insulted by people’s as she is being a coloured woman. Please sir I am anxiously awaits your assistance otherwise I believe…my wife will do some wrong to herself.’

The Archive group have been attending weekly sessions to explore and research the archive material, preserve and conserve it, and prepare it for archiving and public presentation. Writing on the Wall welcomes the public to come view these fascinating documents and meet the people who have worked hard to catalogue and digitise this important collection and who have been exploring Liverpool’s Black WWI experience through the prism of these important letters and documents.

Featuring: Levi Tafari who will be performing specially commissioned pieces inspired by the stories contained in the archive.

Co-Director of Writing on the Wall, Madeline Heneghan says: ‘This fascinating collection has received a great deal of nation attention because it sheds light, not only of Liverpool’s development, but on British Colonial and World War 1 histories. The group of volunteers who have been working on the archive to make it publicly accessible are playing a vital role in the preservation and presentation of the city’s rich heritage.‘

This project is funded by The Heritage Lottery.