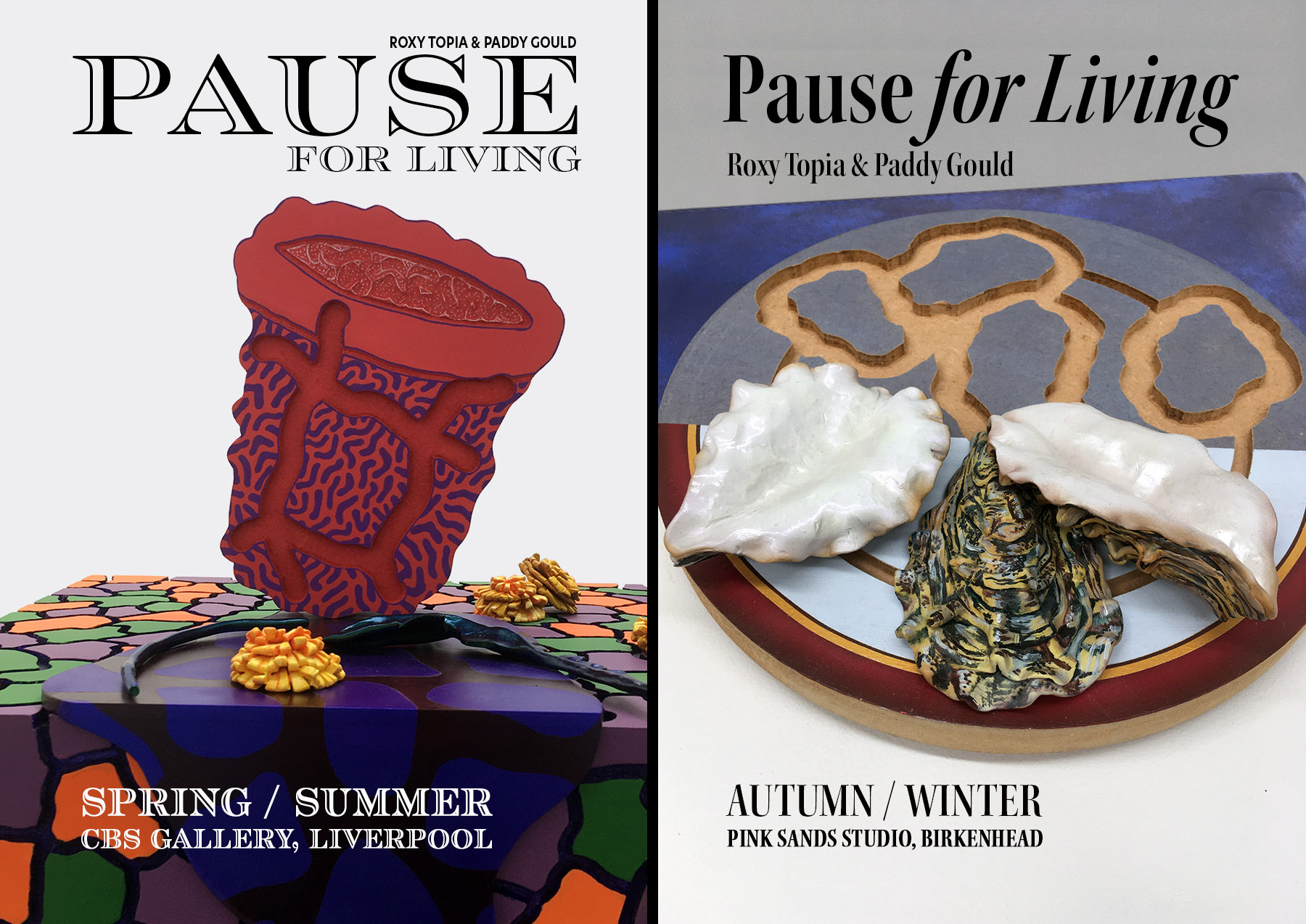 At CBS we’re really happy to announce our next exhibition, Pause for Living, by  Roxy Topia and Paddy Gould. Split over two different venues, CBS Gallery (Liverpool) and Pink Sands Studio (Birkenhead), the two shows are themed as seasonal issues, Spring/Summer and Autumn/Winter.

Roxy and Paddy have been collaborating for 14 years in life and art and have been long-time friends of ours at CBS so it’s with great pleasure that we host this long overdue (and pandemic-delayed) exhibition in partnership with Pink Sands Studio.

This work was mostly completed last year but it was started a year or so before. Our grappling with a more settled and tbh more boring lifestyle was only exacerbated by the onset of lockdown. Our rented home environment, full of objects, plants and knick-knacks all became close friends for better or worse. Time spent reflecting on nomadic yearnings, handed down aspirations, nostalgic longing, self-sufficiency and daily routines; values that are advertised to us by objects in the home; all in a moment like none any of us had ever experienced.

We present still lives, paintings and sculptural vignettes that attempt to capture a mixture of feelings and changeable emotions. (Objects which further clutter our lives lol). We can’t say that everything that happened in 2020 was all bad, amongst some very painful times there were some positive outcomes. Let’s just say we tried to ‘PFL’ and be ok with it.”

Pause for Living is split over two venues.