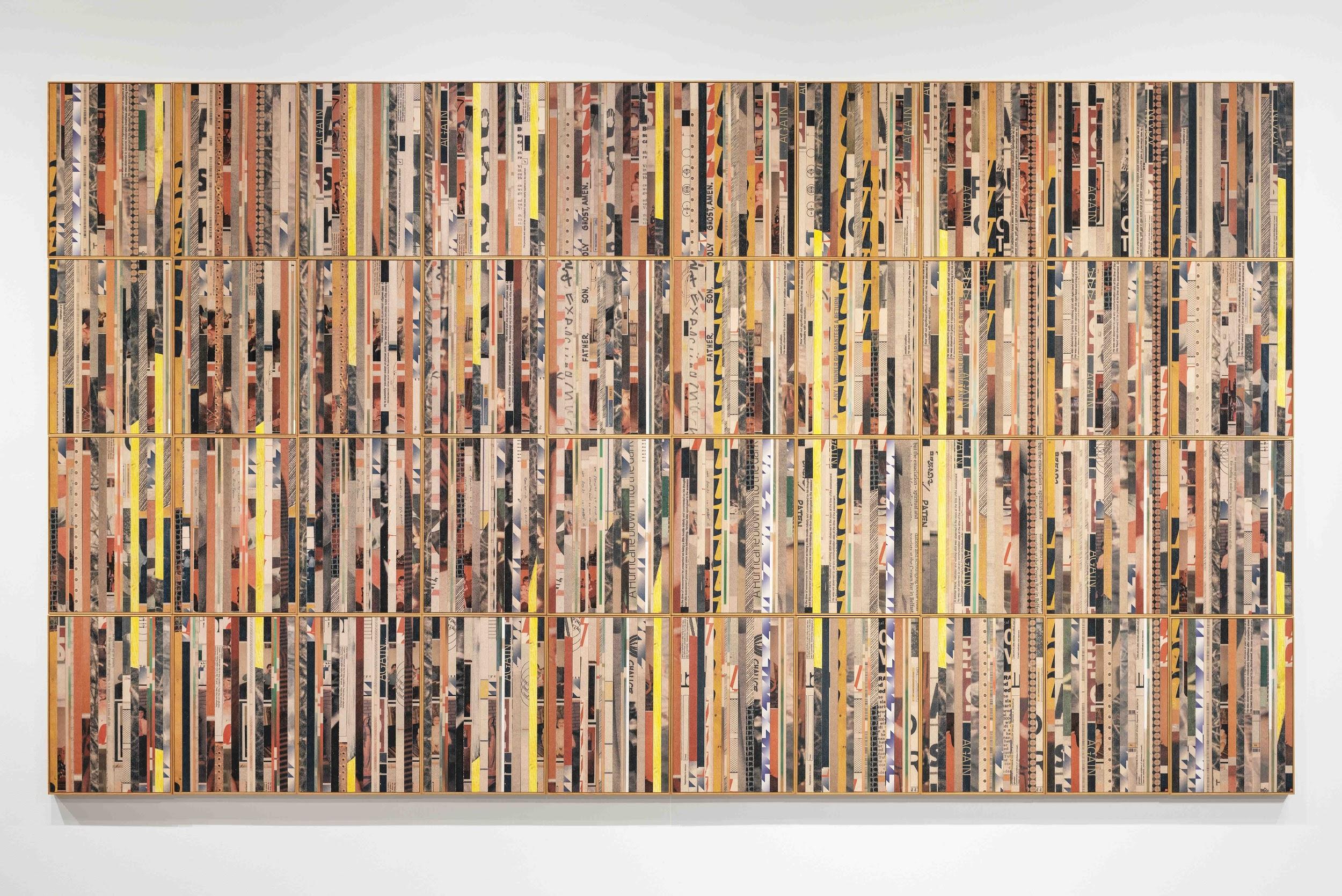 This winter, Bluecoat brings 2020 Turner Bursary artist Sean Edwards’ Wales in Venice solo show Undo Things Done to Liverpool. The artist’s internationally acclaimed presentation for Wales at the 2019 Venice Biennale was a poetic inquiry into place, politics and class, intertwined with personal histories. As the show tours and evolves, Sean Edwards (b. Cardiff 1980) has extended the exhibition to include a solo presentation by Cardiff based artist and writer Sadia Pineda Hameed whose writing and films reflect his own interest in what we expect and what we inherit.

Known for his sculptural approach to the everyday, Edwards often begins with seemingly unrelated elements linked by autobiographical and cultural connections. These range from the 1970s shopping centre near the housing estate where he grew up, to Springsteen’s album Nebraska, a Welsh quilting group, snooker, tabloid newspapers, and various found materials. Through investigative processes including time spent in local archives, museums and libraries, he gathers together images, stories, quotes, and clips. It is in the teasing out of these things in the studio, in isolating, abstracting, and bringing them together, that their political and formal resonance comes into play.

Undo Things Done takes as its starting point Edwards’ experience of growing up on a council estate in Cardiff in the 1980s, capturing and translating what he calls a condition of ‘not expecting much’ into a shared visual language; one that evokes a way of living familiar to a great number of people.

At Bluecoat, Edwards will create a further iteration of Undo Things Done spanning two of the largest gallery spaces. The exhibition will feature key artworks exhibited in Venice including the ‘Confessional Screen’ sculptures and his own version of Welsh wholecloth quilts, alongside new prints, a new work for the exterior of our building and a re-edited version of his radio play Refrain.

Refrain, co-produced by National Theatre Wales, was written for the artist’s mother Lily Edwards and streamed live from her flat in Cardiff to the venue in Venice every day of the Biennale. Refrain weaves Lily Edwards’ biography, growing up in a Northern Irish Catholic Children’s Home and her subsequent life in Wales, with found materials and Sean Edwards’ memories from childhood. The work was subsequently broadcast in a new version by BBC Radio 4 December 2019.

The artist will also show a significant older work, the silent film Maelfa (2011). Set in the now demolished 1970s shopping centre on the Llanedeyrn estate where he grew up, this film is a precursor to his presentation in Venice: Undo Things Done reunited with its origins.

Her most recent moving image work, tiny bubbles in the wine (2019) is a collaged film that evokes the artist’s mother’s previously untold experiences of migrating from the Philippines to the UK. The artist creates intuitive links between a mother’s story, Filipino traditions of oral history traditions and David Medalla’s kinetic sculpture Cloud Canyons. Sharing many of Edwards’ own interests in inheritance and legacy while developing her own distinctive aesthetic, we are so pleased that Sadia Pineda Hameed will present a new film at Bluecoat as part of Undo Things Done in the first gallery.