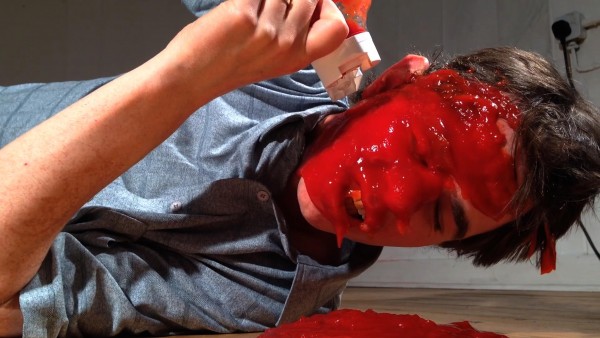 Artist Mel Brimfield joins curators Mark Durden and David Campbell to celebrate the launch of the Double Act: Art and Comedy limited edition publication and discuss comedy as an artistic strategy in their own practice. With performances throughout the evening by David Sherry.

The full schedule for the event is as follows:

6.30pm Introduction to the evening from Bluecoat curator Adam Smythe.

6.35pm Mark Durden and David Campbell introduce to their practice as members of the artist group Common Culture, their work as curators of the exhibition Double Act: Art and Comedy and their new publication.

7.15pm Adam Smythe chairs discussions with the panel and the audience.

David Campbell and Mark Durden are the curators of Double Act at Bluecoat and The MAC in Belfast. Campbell and Durden also work with artist Ian Brown in the artist group Common Culture. Common Culture use performance, video, sculpture and photography to explore the construction of social identity through the rituals of consumption in popular culture. Comedy often plays a key part in their work, which includes collaborations with workers from the entertainment industry such as stand-up comedians and nightclub bouncers. Common Culture have exhibited at Manifesta 8, Spain, Harris Museum, Preston, Tate Liverpool, New Art Exchange, Nottingham, Void, Derry and Vila de Conde, Portugal. Durden and Campbell also curated the exhibition Variable Capital at Bluecoat in 2008. Works by Common Culture are included at The MAC in Belfast and Bluecoat as part of Double Act.

Mel Brimfield works in film, performance and photography. Her work often draws on complex histories within performance art, using humour as a means to engage with significant moments and figures from art history. Brimfield’s work includes ambitious interdisciplinary projects, working with a diverse range of performers including the 30-piece Dinnington Colliery Band, Italian Olympic gymnast Alice Capitani and songwriter Gwyneth Herbert. Brimfield has exhibited and performed her work at galleries such as Camden Arts Centre, Whitechapel Gallery and Void Gallery, Derry. Her work is included at both The MAC in Belfast and Bluecoat as part of Double Act.

David Sherry produces drawings, performances and video works that often subvert or disrupt the mundane and everyday. Sherry uses satire, wit, observation and visual humour in his work to critically address the world around him, from the ordinary rituals of everyday life to global politics. Sherry has exhibited and performed at galleries including CCA, Derry, Glasgow Museum of Modern Art, Glasgow and Villa Concordia, Germany. In 2003 Sherry was selected to represent Scotland at the 50th Venice Biennale. Sherry’s work is included in the exhibition Double Act at Bluecoat.