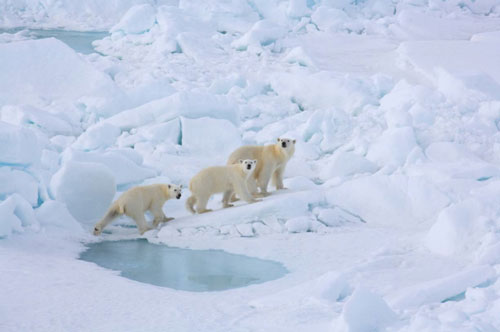 I think this may appeal to artinliverpool readers. It’s a world premiere at Liverpool Philharmonic, tickets still available.

Norwegian cameraman and editor, Tor Even Mathisen is the latest addition to the crew of award-winning cinematographers who have created Polar, which makes its World première at the Liverpool Philharmonic Hall on January 8th, 2011. Polar features a stunning portrait of the polar kingdoms with a unique live orchestral soundtrack arranged by John Harle. Polar combines stunning HD footage from award-winning natural history filmmakers with live music performed by the Royal Liverpool Philharmonic Orchestra, taking the audience on a magnificent journey to the Arctic and Antarctic regions of our planet.

Mathisen, who works at the Norwegian Broadcasting Corporation (NRK), has contributed his original film of an Aurora borealis in the night sky over Tromsø in Norway to the concert.  The beautiful visuals will be married with a sublime live soundtrack performed by the Royal Liverpool Philharmonic Orchestra to produce a mesmerising cinematic experience. Mathisen’s time-lapse footage shows the vivid display of colours and sweeping, wave- like movements of the natural happening in all its splendour.

Local celebration of Young Disabled talent returns this week for its...