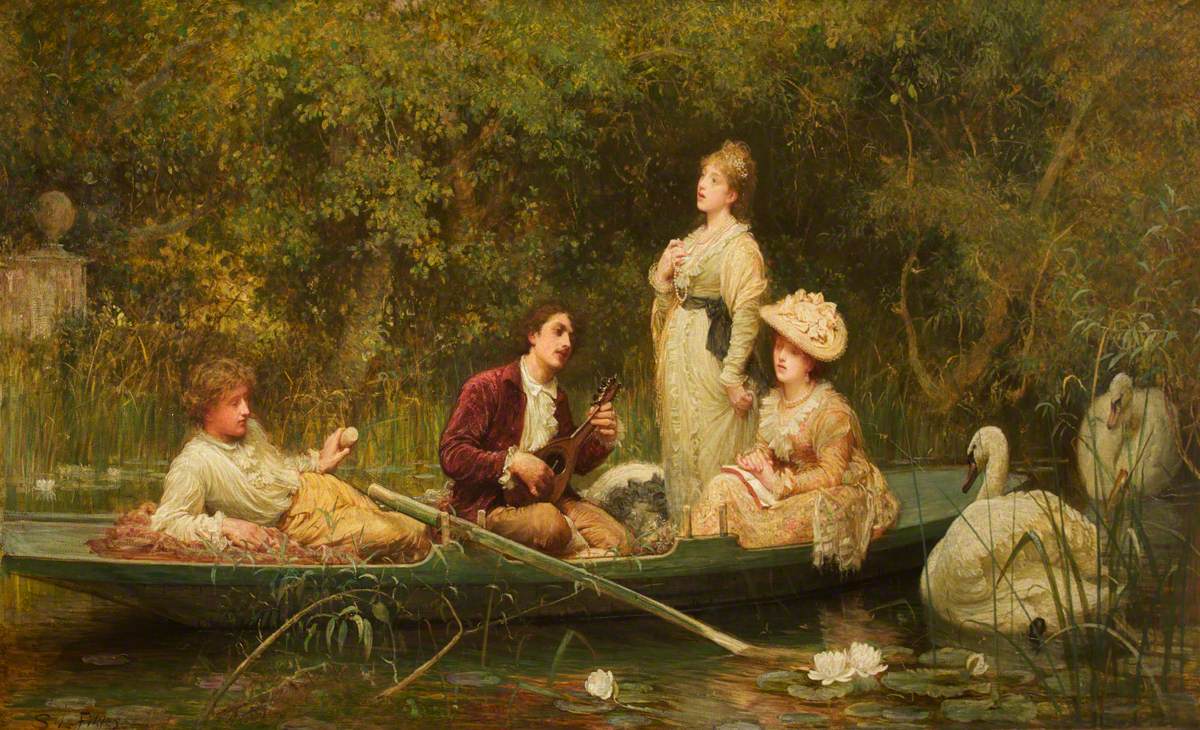 This is the first of three special exhibitions celebrating special events in the history of Warrington Museum and especially the opening of main Art Gallery in October 1877.

From its creation in 1848 Warrington Museum has amassed significant collections including works by prominent local Victorian artists who acquired a national reputation as regular exhibitors at the Royal Academy.

From late 2017 through 2018 Warrington Art Treasures are showcased in a series of exhibitions marking a joint celebration of RA 250 and landmarks in the creation of the oldest public museum in the North-West of England which was also home to the Warrington School of Art from 1857. Sir Samuel Luke Fildes, its most famous pupil, progressed from illustrating for Dickens and the Graphic Magazine, to leading social-realist artist, confidant of Millais and Lord Leighton, to society portrait painter and respected Royal Academician. His brother-in-law, Henry Woods’ Venetian genre paintings were a regular highlight of Royal Academy exhibitions and also feature in many public collections. Meanwhile local sculptor John Warrington Wood was a prominent member of the Roman arts scene and was honoured by the creation of the Museum’s Art Gallery in 1877 to house a specially commissioned work.

Also featured are works by local artists Edward Frederick Brewtnall, alongside works by other Royal Academy exhibitors, including Walter Langley and Frank Brangwyn.