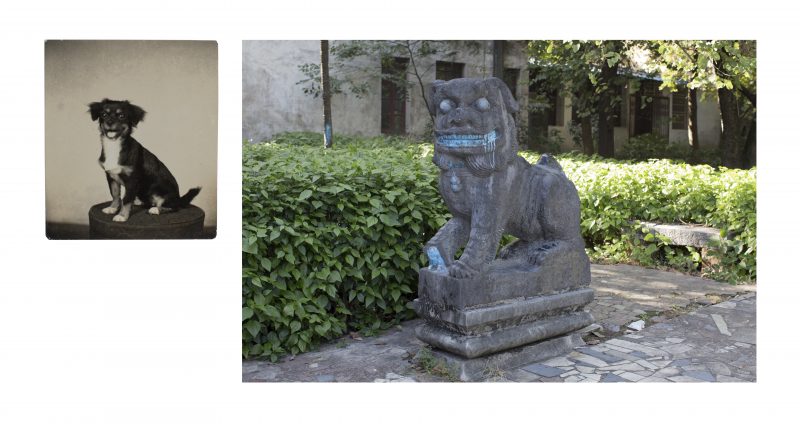 Lau Chi Chung’s work engages with the past through fictional re-presentation. He creates a new story from the daily life of unrelated ordinary people in Hong Kong in the format of a family album, by juxtaposing carefully selected old photographs of anonymous residents – discovered through treasure hunts in various flea markets – with new photos made by Lau in abandoned sites in Hong Kong.

The Umbrella Salad is a series of black and white photographs and videos capturing scenes of the Occupy Movement in Hong Kong. Unlike the documentary approach taken by most photographers to record the events, Ho used an indirect method filled with symbols and metaphors to represent his personal experiences and the forces involved in the movement.

Yau Leung used photography to record the essence of Hong Kong from the 60s to the 90s, as it evolved into a global hub of exchange. Born in 1941, Leung is considered one of the most significant and accomplished documentary photographers in Hong Kong who continued with his lifelong project photographing the city until the time of his accidental and unfortunate death in 1997.