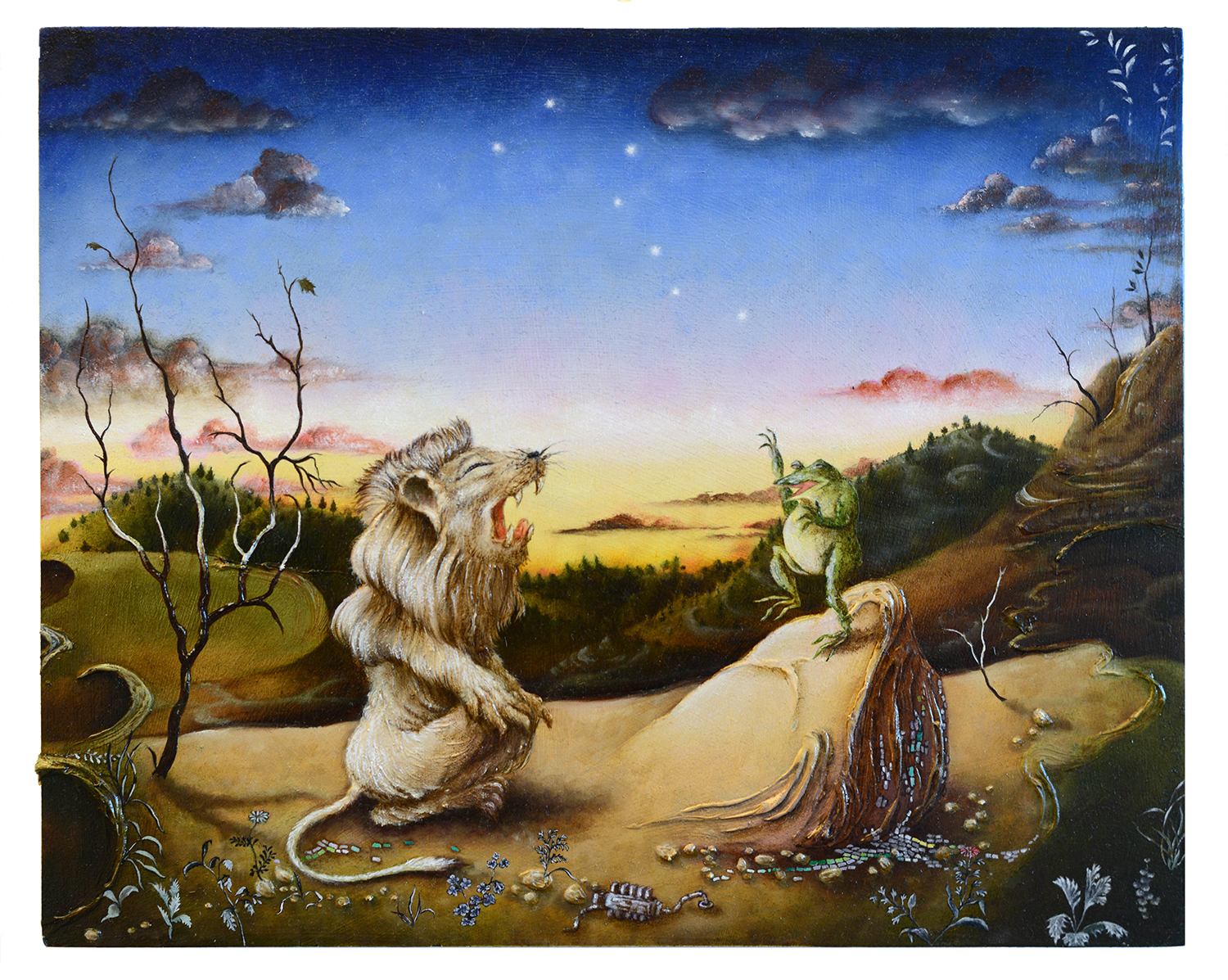 Rui Matsunaga’s influences are wide-ranging but are grounded in folklore and story-telling. Her intricate, small-scale paintings, painted in oils on plywood, are populated with a seemingly bizarre cast of characters, frogs, rabbits, foxes and mythical creatures. There are references to early Renaissance painting and print-making, Japanese scroll paintings (emakimono), especially the Chōjū-jinbutsu-giga from the 12th century and the manga films of Hayao Miyazaki, film culture more generally and cybernetics.

“I paint figures to capture a glimpse of an archetypal space so that we can contemplate our multi-dimensional and shifting realities. I believe that humans contain a deep space within where pathways open to something cosmic and beyond human.”

The apocalyptic echoes of the atomic bombs that fell on Japan over seventy years ago are ever-present in her work. These ripples of history fuse with concerns about climate crisis, over-consumption of natural resources and our ever-growing dependence on technology. Matsunaga raises questions about our relationship with nature, particularly the exploitation and eradication of other species which she counters with an animist sensibility. Rather than take our superiority over other species for granted, the artist encourages us to recognize a form of spirituality based on a respectful awareness of the natural world and our place within it.

Rui Matsunaga has created an alternative ‘more ambiguous’ vision of the apocalypse. Her intention is to re-define humanity’s relationship with nature and how it might develop in the face of imminent and catastrophic climate change.

The exhibition is also available to view online: https://www.theatkinson.co.uk/whats-on/online-exhibitions/rui-matsunaga/