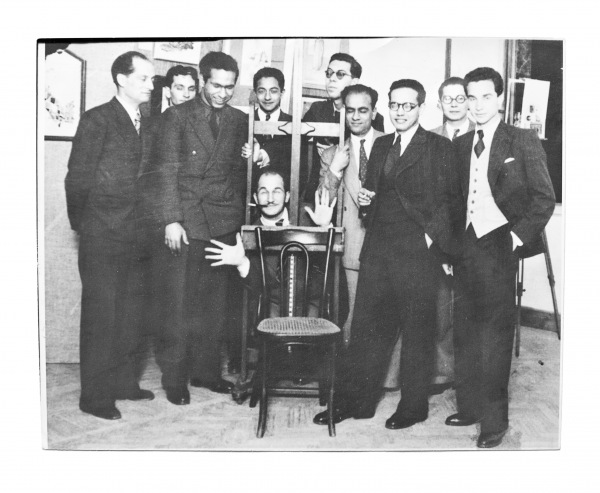 £10.00 / £8.00 (Includes entrance into John Piper)
Supported by The Montblanc Cultural Foundation and University of Liverpool

Tate Liverpool presents the UK’s first comprehensive exhibition about Art et Liberté. A radical collective of artists and writers based in Cairo, their body of work forms an underrepresented yet distinct chapter in the history of surrealism. The exhibition tracks the history of the group , presenting more than 100 paintings, photographs, drawings, archival documents and film – most of which haven’t been shown in the UK.

Aligning themselves with the European artists whose modernist works were being classed as ‘degenerate’ in Nazi Germany, Art et Liberté published their manifesto Long Live Degenerate Art on22 December1938. It marks the founding of the group and was written in response to the local rise of fascism. Working within the context of the Second World War and Egypt’s colonial rule by the British Empire, Art et Liberté provided a restless generation of young artists, intellectuals and political activists with a platform for cultural and political reform.

Surrealism in Egypt: Art et Liberté 1938-1948 explores the socio-political motivations that drove the collective. Works such as Coups de Bâtons 1937 by Mayo reflect the widespread injustices the group witnessed, the title a direct comment on police brutality used to disperse crowds during protests.  Art et Liberté also addressed issues faced by women, and the group included several prominent female artists such as Inji Efflatoun, and Amy Nimr. In contrast to other surrealist groups, Art et Liberté’s treatment of the female body was not framed by the erotic male gaze, aiming instead to show the suffering and objectification of women. Kamel El Telmissany’s Nude 1941, for instance, comments on the increase of prostitution due to the influx of British soldiers in Cairo.

While Art et Liberté were inscribed in a wider global network of surrealist artists and thinkers, Ramses Younane, one of the group’s central figures, identified the need for a new form of surrealism. Achieving a contemporary artistic and literary language that was globally informed, yet locally orientated, ‘subjective realism’ drew on real-world, recognisable motifs, alongside those driven by the subconscious. The exhibition also explores experiments in photography undertaken by members of the collective, notably Ida Kar, and Lee Miller, and highlights the exchange between its artists and writers in a truly interdisciplinary spirit. Included in Surrealism in Egypt are works of literature created as a result of these collaborations by writers including Georges Henein, a founder member of Art et Liberté and Albert Cossery.

Surrealism in Egypt: Art et Liberté 1938 – 1948 is curated by Sam Bardaouil and Till Fellrath of Art Reoriented in collaboration with Kasia Redzisz, Senior Curator and Tamar Hemmes, Assistant Curator at Tate Liverpool. It will be shown in parallel with John Piper and Mary Reid Kelley.