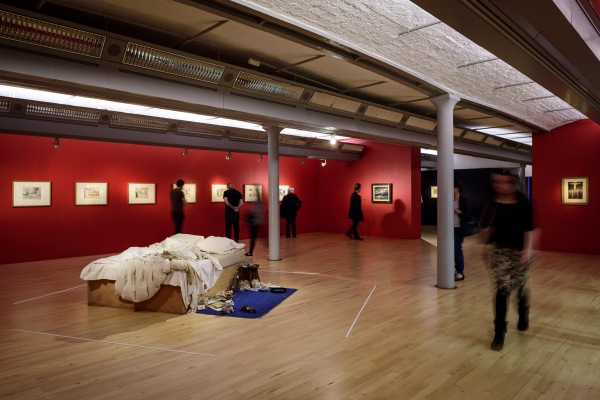 Eimear McBride is an Irish writer whose debut novel, A Girl Is a Half-formed Thing, won the inaugural Goldsmiths Prize in 2013 and the 2014 Baileys Women’s Prize for Fiction. A Girl Is a Half-formed Thing was written in just six months, but it took nine years to get it published. Galley Beggar Press of Norwich, which is where Eimear McBride now lives with her husband and daughter, finally picked it up in 2013. The novel is written in a stream of consciousness style and tells the story of a young woman’s complex relationship with her family. McBride’s second novel The Lesser Bohemians has been long listed for the 2017 Bailey’s Prize. In respect to it, The Guardian noted that McBride “evokes brilliantly the distinctive pleasure of days spent in bed” – which makes Eimear ideally qualified to respond to Emin’s My Bed.
Both novels will be available for sale on the night and the event will be followed by a book signing.
Programmed in association with LJMU Writers’ Workshop and Waterstones.
BOOK HERE