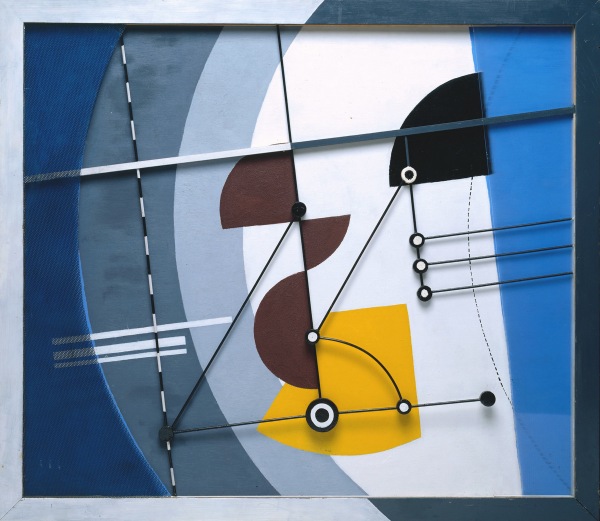 See John Piper’s work in a whole new light, as we present a case for his role as a European

£10.00 / £8.00 (Includes entrance into Surrealism in Egypt: Art and Liberty 1938 – 1948)
Tate Liverpool presents a major exhibition exploring the work of the great British artist John Piper (1903–1992). Displaying more than 40 works, including paintings and collages, it offers a new perspective on his powerfully sensitive depictions of his native land and cityscapes. The exhibition emphasises his relationship with major international artists, revealing Piper’s pivotal influence on modern art in Britain from the 1930s onwards.

Working across an extraordinarily diverse range of artistic and cultural fields throughout his career, Piper is renowned for his stained-glass window designs, including his centrepiece commission for the Liverpool Metropolitan Cathedral. The exhibition marks the 50th anniversary of its consecration in 2017.

Piper held profound affection for his native landscape, expressed from the beginning of his career in works quintessentially British in their subject matter and aesthetic. After becoming acquainted with Paris-based artists including Jean Arp and Georges Braque in the early 1930s, his distinctive style evolved from representational art to embrace abstraction. The exhibition brings together paintings, collages and reliefs that chart this transition. Works such as Beach with Starfish c.1933–4 present the familiar English seaside reimagined by the artist as a cubist-influenced paper collage.

Reflecting his role as champion of international abstract art in Britain, promoted through his role in the 7 & 5 Society and contributions to the pioneering abstract art review Axis edited by his wife Myfanwy, the exhibition features a small selection of works by major artists such as Alexander Calder (1898–1976) and Jean Hélion (1904–1987) alongside those by Piper.

Yet the exhibition also traces Piper’s deep understanding of and sensitivity to early native art forms including medieval stained glass windows and Anglo-Saxon stone carving. The exhibition breaks new ground by displaying examples of these works, including archaeological carving, and bringing them into dialogue with European modernism, demonstrating how these were connected and innovated in the work of John Piper.

Piper is renowned for his landscape and architectural compositions, his practice extending into travel writing, printmaking, fabric design, theatre sets and collaborations with choreographers and poets including Benjamin Britten and John Betjeman. He was a major contributor to the artistic landscape of 20th-century Britain and left a profound imprint on British cultural life.

John Piper is curated by Darren Pih, Exhibitions and Displays Curator with Tamar Hemmes, Assistant Curator, Tate Liverpool. It will be shown in parallel with Surrealism in Egypt: Art and Liberty 1938 – 1948.