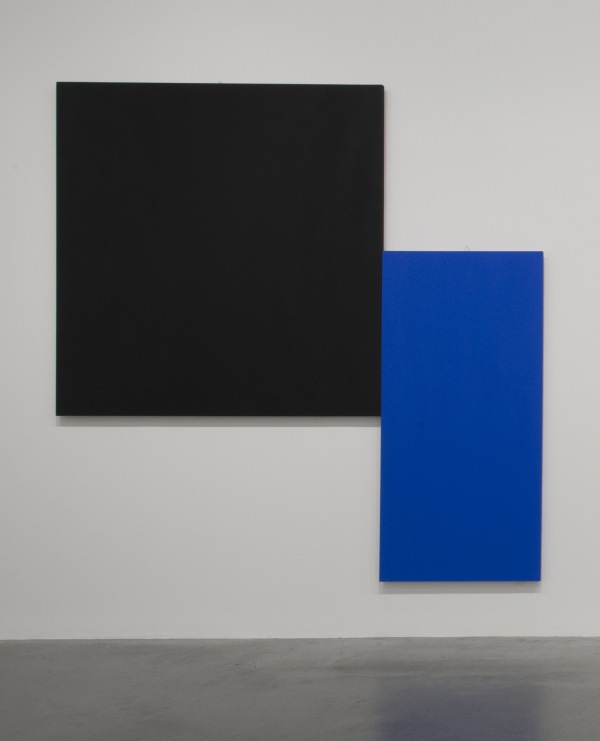 This spring Tate Liverpool presents work by one of America’s greatest 20th century abstract artists, Ellsworth Kelly (1923–2015). The first Ellsworth Kelly display in the north of England, it presents 11 paintings, prints and reliefs spanning more than six decades of the artist’s career.

Born in Newburgh, New York, American artist Kelly studied painting at the School of the Museum of Fine Arts in Boston. Beginning his career as a figurative artist, during the Second World War he served in the US Army’s camouflage unit, later applying the methods and research employed there to introduce innovative colour and coding techniques into his painting. Following the war, in 1948 he spent a number of years in Paris where he was influenced by the work of artists including Henri Matisse (1869–1954) and Fernand Léger (1881–1955).

Kelly became a seminal figure in the development of abstract painting and is renowned for creating often large scale paintings, prints and sculptures. Rather than creating pictures that represented a thing seen, he considered his works as ‘objects’ in themselves. For Kelly, the primary forms found in the built environment – from the Egyptian pyramids to cathedral vaults – cast a significant influence on his work.

Highlights of the display include Méditerranée 1952 inspired by his fascination with how light was refracted on the surface of the River Seine; Broadway 1958, one of a series of paintings titled after the famous avenue in New York; Orange Relief with Green 1991, a multi-panel combining clean lines, block colours and abstract forms.

A selection of the works displayed have been bequeathed to the Tate collection following the artist’s death in 2015 at the age of ninety. Kelly was the subject of a major retrospective at Tate Modern in 1996, a display at Tate St Ives in 2006 and the new Tate Modern currently has a dedicated room of the artist’s work.

Ellsworth Kelly in Focus forms part of Tate Liverpool’s spring 2017 season which features a new display for Constellations: Highlights from the Nation’s Collection of Modern Art and O.K. – The Musical. Ellsworth Kelly in Focus continues Tate Liverpool’s In Focus displays which offer visitors the chance to see a free display dedicated to a significant modern and contemporary artist. Tracey Emin & William Blake in Focus continues until 3 September. From 22 September 2017 – 10 June 2018 the gallery presents ARTIST ROOMS: Roy Lichtenstein in Focus.