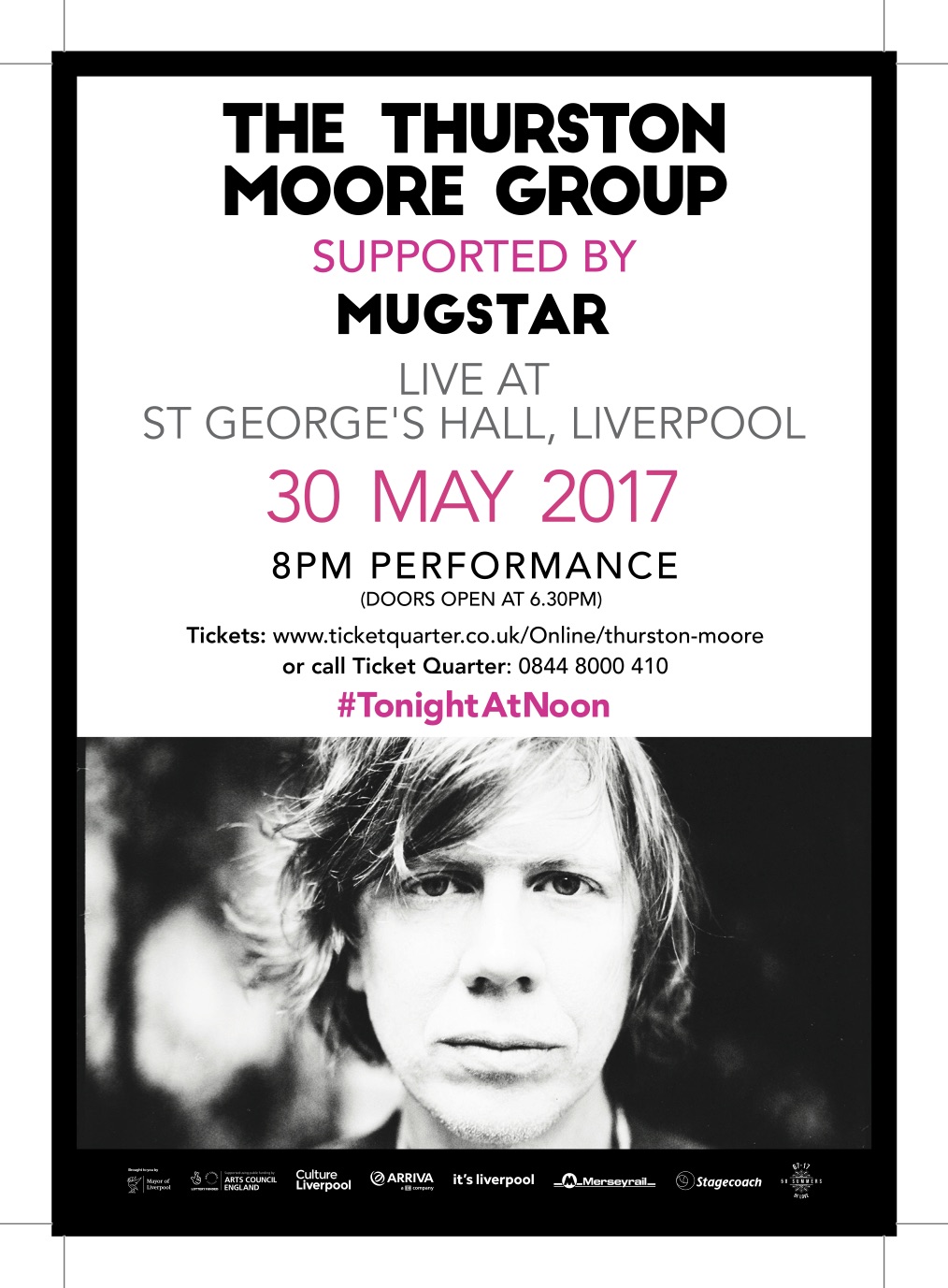 Thurston Moore is best known for being the co-founder of legendary alternative rock group Sonic Youth. His use of unusual tunings and distorted sounds have had an impact on experimental and post-punk music the world over, and he was ranked by Rolling Stone amongst the greatest guitarists of all time.

Moore has collaborated with writers, musicians and artists as varied as Yoko Ono, William Burroughs, Merce Cunningham and Sean Lennon. Himself a poet, he is also an avid reader and a publisher – as well as a fan of The Liverpool Poets.

As The Thurston Moore Group (including My Bloody Valentine bassist Debbie Goodge, and fiery guitarist James Sedwards) embarks on a world tour with their latest album, RocknRoll Consciousness, they stop off in Liverpool to perform their musical response to The Mersey Sound as part of the city’s celebrations marking the 50th anniversary of the publication of the world’s bestselling poetry anthology.

Thurston Moore said: “I’m deliriously honoured to be part of the Fiftieth Anniversary of Mersey Sound celebrations. Those beat Liverpool Poets were in tune with England’s youth generation back then and their fab work continues to reverberate around the globe.”

The Thurston Moore Group will be supported by Liverpool psychedelic noise outfit Mugstar. Their influences run from early Floyd & Hawkwind, through Mogwai, Dinosaur Jr to Steve Reich & La Monte Young. Mugstar are currently signed to Rock Action Records and this will be their first home town show in over a year.