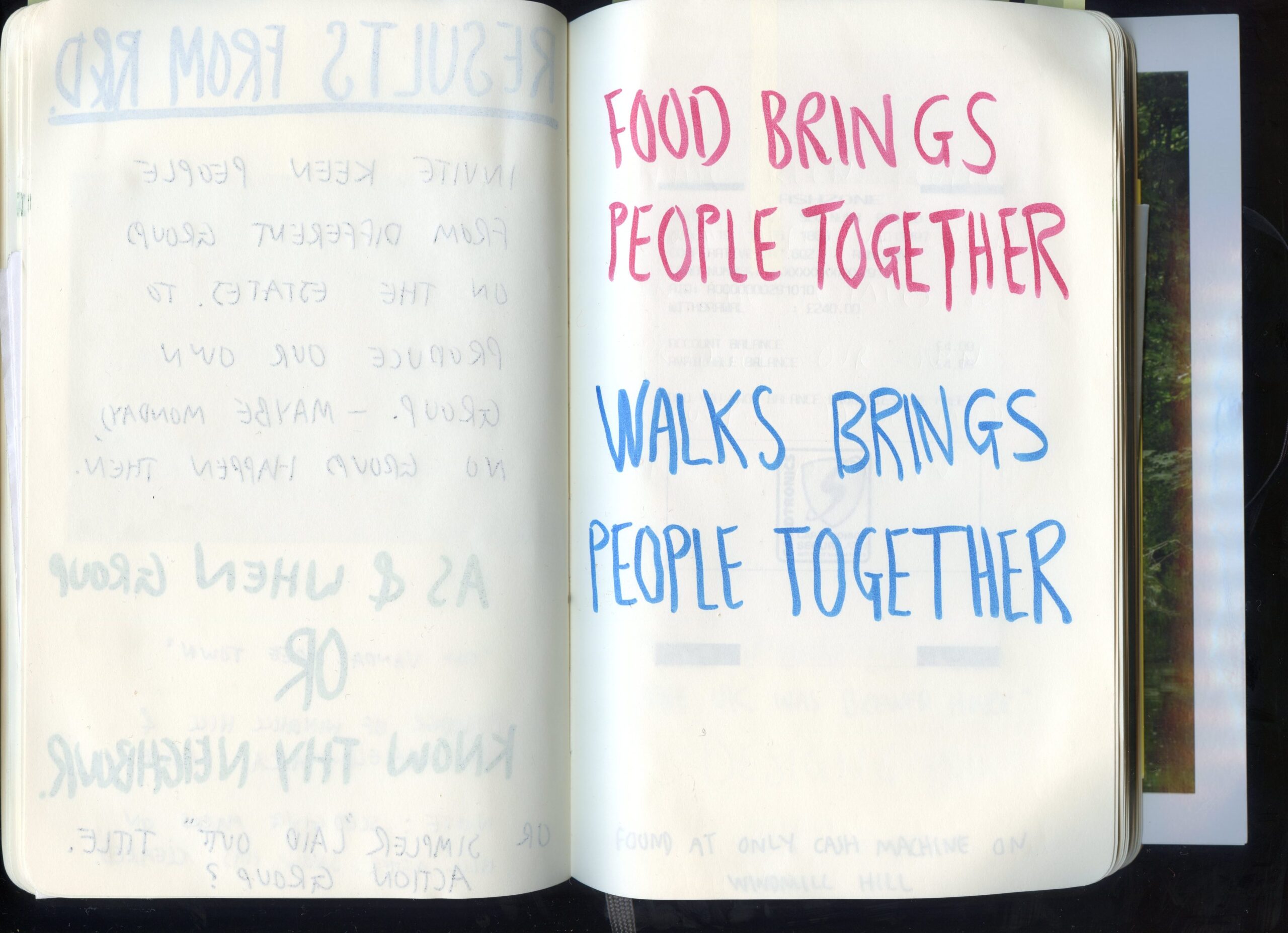 Just Between Friends is a project developed and produced by artists Robert Parkinson and Gary Bratchford and a community group in Castlefields, Runcorn, recently established as the Phoenix Amateur Photography Group (PAP). The project is a cross-site exhibition split across Open Eye Gallery in Liverpool and four public realm installations in Castlefields, Runcorn. The project reflects how relationships are developed and formed through the acts of conversation, walking and photography, and how each one of these actions interacts with and informs the other. The cross-site nature of the project creates a further exchange between site and gallery, and to better reconcile the relationship between community and institution, city and suburb.

The exhibition forms part of a larger programme called Collective Matters – which celebrates and reflects upon a series of socially engaged projects developed over the past two to three years across the North West region. Over this time, artists and communities have come together to explore how photography can be used as a tool for self-expression, reflection and resilience in what is becoming an ever increasingly isolated world. What has come from these various collaborations is a testament to the fact that with creativity comes purpose, belonging and a space to create new conversations about the people and places around us.