Home The Royal Standard: Vs vs Tzuzjj

The Royal Standard: Vs vs Tzuzjj 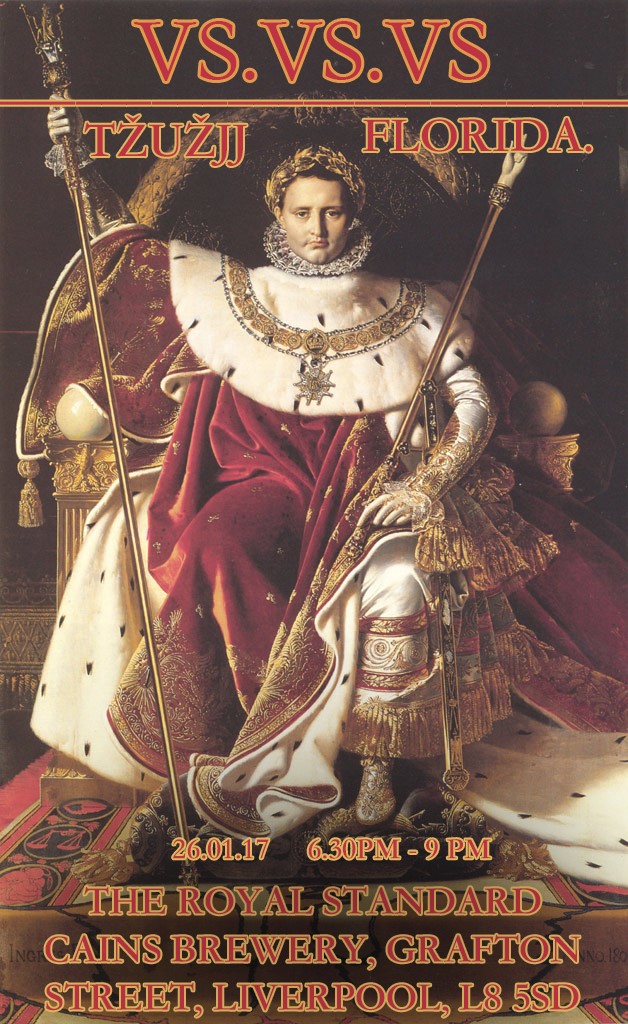 The Royal Standard: Vs vs Tzuzjj

‘Vs’ are a group of three artists – Lucy Moxon, Ryan Watkins and Dan Smyth. They are three painters who make very different work. Although they love to discuss art, they value the act of ‘making’ and pride themselves on being extremely active artists. They are currently running a studio space within the Royal Standard, Liverpool.

During the six-month period of working at TRS; these artists have devised a program in which they work under the instructions of other people. They are keen to explore and push their ideas through the minds of others. The vision is to create art which has evolved from the curatorial ideas of renowned artists – both locally and globally. The surrender of their initial control is a concept that greatly excites them as they are completely unaware of which direction this project will turn; however, the artists endeavour to regain control within their physical outcomes. The strategy of putting themselves at the mercy of others, will in some ways prove to be a battle of the wills; hence the name – ‘Vs’.

For their second show, ‘Vs’ has collaborated with Liverpool-based artists, ‘Tzuzjj’ – James Harper and Louis PA. James and Louis have presented ‘Vs’ with the brief of creating three separate sitting portraits of the pair in different scenes. These scenes have been chosen and directed by Glasgow collective, ‘Florida’. The scenes include; John Lennon and Yoko Ono’s ‘Bed-In’ 1969, Robert Walker Macbeth’s ‘Our First Tiff’ 1878 and the ‘Liverpool Coat of Arms’.

The opening night will commence on Thursday 26th January from 6.30pm-9pm, exhibiting these three works – lots of fun and not to be missed.