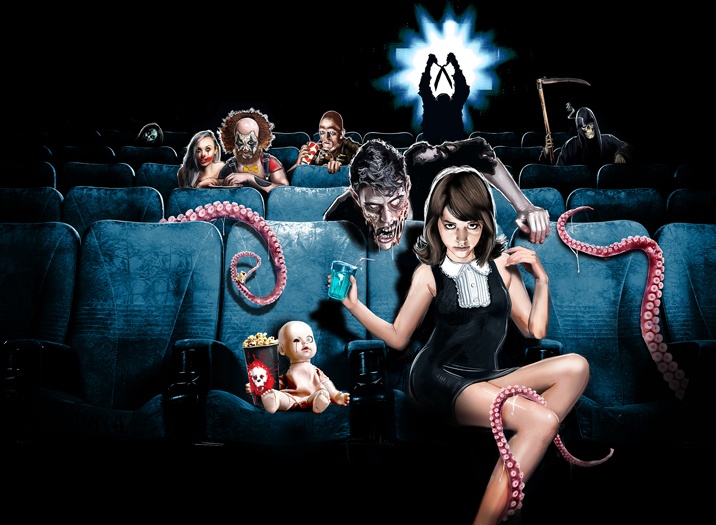 After more than 5 years working within the horror genre, Liverpool artist Ilan Sheady, creative director of Uncle Frank Productions and founder of the Liverpool Horror Festival is proudly presenting his work to the public in an exhibition to accompany the launch of his new book of the same name SEXY SCARY STUPID.

The exhibition includes work from Liverpool Horrorfest like Clive Barker’s Hellraiser poster (described by Clive Barker himself as one of the very best representations), Manchester’s Grimmfest, and a whole host of film and promotional projects.

Also for the first time ever, Ilan Sheady publicly discusses doing the controversial work that caused Green Party associate Stephen Delahunty to lose his job. The work, created under the alias of Hairy Bastard, illustrated shocking poetry by Liverpool poet Janine Grafflin and a selection will finally be on public display.