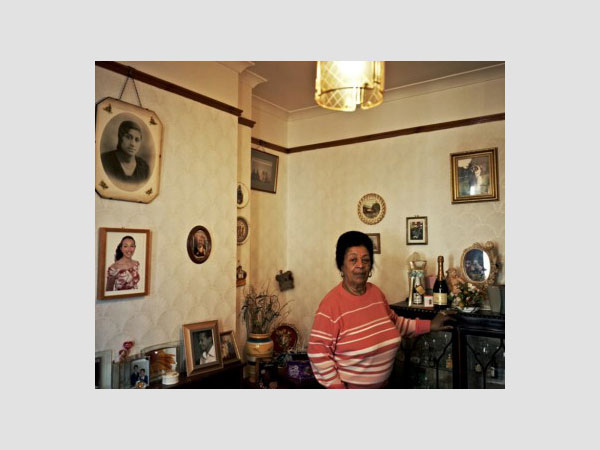 From 18.00
FREE
This event is partnered with Out of the Archive, currently on display at Kirkby Gallery. More information HERE.

A panel discussion with questions – chaired by John Davies. The panel will be made up of speakers who deal with both Migration and Memory. These two topics cover very different themes but both reflect the historic changes to our perceptions of culture.

With Peter Hagerty, Alix Davies & Mel Lyons.
Each speaker will give a short presentation and then open to questions chaired by John Davies.
Peter Hagerty talks about the historic changes in photo practice and memory – a migration from analogue to digital.
Peter was the first director of the Open Eye Gallery and has published many articles on photography as well as the impact of digital culture and virtual worlds.
Alix Davies talks about the historical political context of Bert Hardy’s photos of Liverpool’s black communities first published in the Picture Post Magazine in 1949 (featured in the ‘Out of the Archive’ exhibition).
Alix is a history scholar whose original research investigates colonial representation in British culture from 1949-51. She currently works at Lancaster University as Engagement Manager for Live at LICA.
Mel Lyons talks about the double edged sword of digital media when investigating migration and cultural heritage.
Mel works for Liverpool’s Bling TV as an investigating journalist and has an interest in local communities and politics.

The theme of migration is a wide-ranging subject and is partly reflected in the content in the ‘Out of the Archive’ exhibition. Migrant photographers in the exhibition such as Vanley Burke, Michelle Sank, Chris Steele-Perkins and Tom Wood have all integrated into as well as contributing to Britain culture.

Historically, migration has been an important element in the growth of Liverpool and has contributed to the life and culture of the city. The 1949 photographs of the British Black communities and musicians in Liverpool by Bert Hardy is a starting point to investigate the cultural influences of migration.

Peter Hagerty reflects on the changes in photography since the days when he was the first director of the Open Eye Gallery:

‘Its been more than thirty five years since the Open Eye Gallery first opened its doors and we can look back to a time when water and silver were essential elements in the craft of classical photography and working in the dark room was the only way to make a photographic print.

Alongside this we have witnessed a massive cultural shift in the use of photographic images, the demise of the professional photographer and the rise of a self-authored media space, which embraces the trivial alongside the revolutionary. There are also the stellar dollar values photographs as art objects can achieve, it’s all such a contrast with my memories of the late nineteen seventies when The Tate gallery eschewed the showing of photographs by photographers; today photography seems to be all the rage’.

Booking is not required.