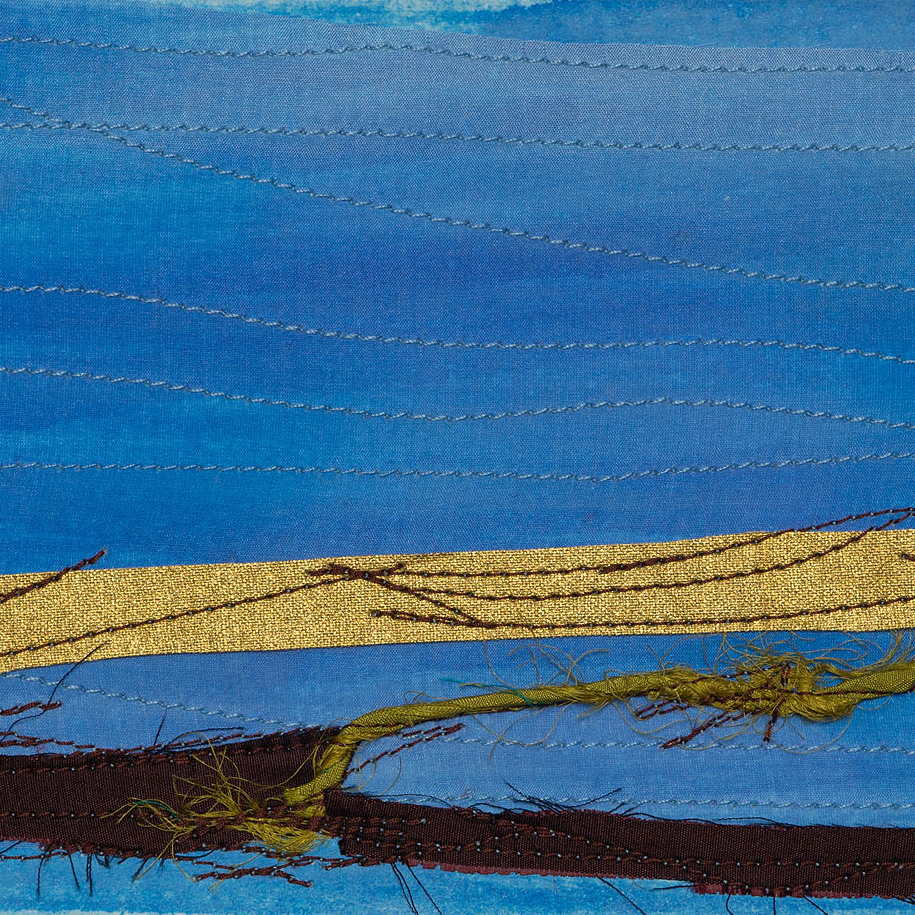 Coast to Coast to Coast is a limited edition hand-stitched poetry journal first launched at Open Eye Gallery, Liverpool in August 2017. Each cover of the journal is unique and stitched by Maria Isakova Bennett, a poet and artist from Liverpool. Over the first two years Maria has created fourteen publications including a Litany featuring 48 poets in a collaborative project. She has hand-stitched over 750 covers. Coast to Coast to Coast has travelled across the UK with events, special launches, and projects at Belfast Book Festival and Poetry in Aldeburgh.

This event will feature readings from one of the winners of Coast to Coast to Coast’s second Individual Poet Journal Competition, Isabel Bermudez (with her journal, Madonna Moon). Excerpts will also be read from the second winner’s work, Painting the Stones Back by Lydia Harris. Lydia is from Westray and her work evokes notes from the island.

The extra-large Summer Issue also contains poems from the shortlisted poets: Mara Adamitz Scrupe, Pam Thompson, Finola Scott, Susannah Violette. There will be music, refreshments, and a limited number of the featured journals for sale.

Maria Isakova Bennett
Maria, from Liverpool, founded and creates a hand-stitched poetry journal, Coast to Coast to Coast, received a Northern Writers’ Award in 2017/18, and was invited to be poet and artist-in-residence at Poetry-in-Aldeburgh for 2018. As part of her residency, she created stitch translations, and a litany of work by 48 poets from the UK, Ireland, and France. She is widely published in the UK and Ireland and has written three pamphlets: Caveat (Poetry Bus, Co. Wicklow, 2015), All of the Spaces (Eyewear, 2017), …an ache in each welcoming kiss (Maytree Press, 2019)

Isabel Bermudez
Isabel, who lives in Orpington, Kent, has worked in Colombia in television as a Producer/Director and Camerawoman specialising in documentary (1998-2001). In Sri Lanka, she worked in educational television and as a Special Correspondent for the Island Newspaper (1993-1995). Her poems are widely published. Isabel was shortlisted six times for the Bridport Prize and was most recently commended in the 2018 Winchester Poetry Prize. Her collections are Extranjeros (Flarestack Poets 2015), Small Disturbances (Rockingham Press, 2016) and Sanctuary (Rockingham Press, 2018).

Lydia Harris
Lydia has made her home in the Orkney island of Westray, leads occasional poetry workshops and works alongside people who write in the Orkney language. Her poems have been published in a range of magazines including The Rialto, The Interpreter’s House, and Magma. Her first pamphlet, Glad Not to be the Corpse, was published in 2012 by Smiths Knoll. In 2017, Lydia was awarded a Scottish Book Trust New Writer’s Award.