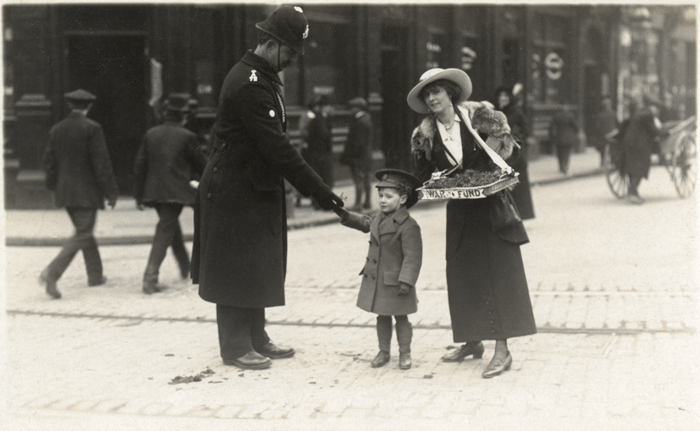 A special family history day will help visitors find out more about relatives who served in the First World War at Museum of Liverpool on Saturday 3 September from 10.30-4pm.

The Museum, which looks after the collections of the King’s Regiment, will provide access to a database which contains the biographical details of more than 90,000 men who served in the Regiment during the First World War. Genealogy and research experts are on hand to assist with those hoping to learn more about the King’s Regiment, including Pals and Territorials; local men who signed up with other units, as well as advice on how to access local and national research resources.

Karen O’Rourke, Curator of Urban and Military History said: “Museum of Liverpool’s family history day is a fantastic opportunity to learn more about how your relatives might have served during the First World War.

“This year we have been marking 100 years since the Battle of the Somme, a battle in which local men played a significant role. We expect to have lots of people who’ve seen the centenary commemorations and are interested in finding out more about how their own family might have been involved.”

Experts and historians from the following societies and organisations will be on hand to speak to visitors:

The Museum’s First World War handling collection will be available for visitors to get an up close understanding of military life and that of the Home Front. In addition there will be themed family crafts, music and dancing, roleplayers and live demonstrations by the Liverpool Wargames Association.

The Museum’s latest exhibition, First World War: Charity and Liverpool’s Home Front continues the themes of the day. An exploration of the work undertaken by some of the charity organisations formed at this time to give much needed assistance to the returning soldiers and their families, it also looks at how those charities are still carrying out essential work today.

The King’s Regiment Collection at the Museum of Liverpool

City Soldiers – Created in 1685, the King’s Regiment is one of Britain’s oldest regiments. It has been Liverpool’s regiment since 1881, and is now amalgamated into the Duke of Lancaster’s Regiment. Focusing on its long history and relationship with the city, the gallery utilises the King’s Regiment collection, which includes film, video, memoirs, uniforms, medals, trophies and weaponry, to tell the Regiment’s story. Visitors will be inspired to research their family history, using the collection and archive information as a starting point.

Follow the Museum of Liverpool on Twitter (@MuseumLiverpool) as it marks the appalling loss of lives of local men who served during the First World War every day during the Somme centenary.