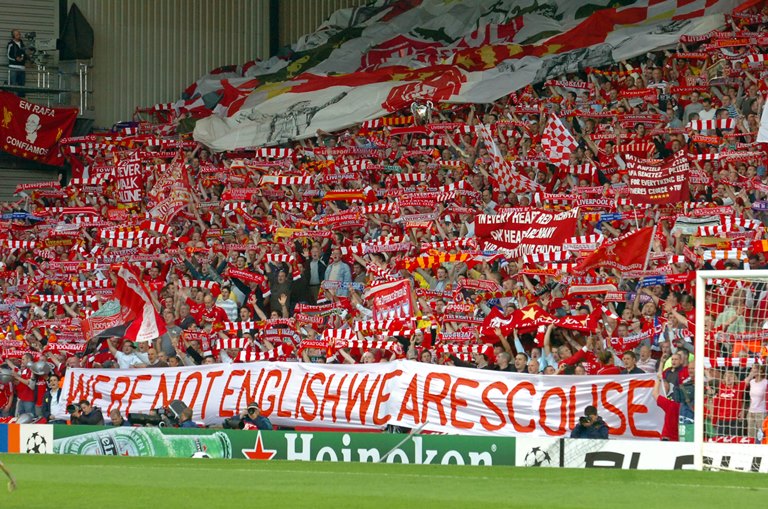 The terrace is football’s altar. A platform for creative expression and communal outpouring in song, a community bound by the love of a team. This project will draw on the longstanding, international tradition of banners at football matches as a vehicle for collective expression.

Long established and revered Liverpool banner artist Peter Carney will lead this large-scale project, working with community organisations and schools across the city to design and produce a series of new banner artworks. Residents and community organisations native to each of the 32 participating World Cup nations drawn from across Liverpool, will be invited to a series of workshops to produce the banner artworks, showcasing the world in one city.

Working with a team of illustrators and designers, the artworks will be presented as part of a large parade through the city, to mark the start of the Art Of Football project and the 2018 World Cup. The banners will then go on display at National Museum Liverpool’s Martin Luther King building in Liverpool’s Albert Dock for the duration of the World Cup.