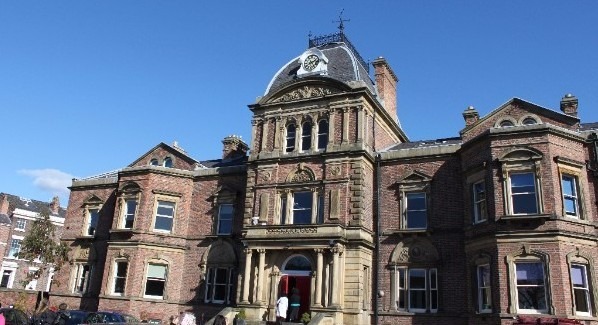 What does a ‘beautiful world’ look like? Join in creating a large-scale zine which explores the world around us and imagines future possibilities. Make your own drawing, picture or poem and add it to an ever-growing collage in response to Beautiful world, where are you? – the title of Liverpool Biennial’s 10th edition which unfolds across the city 14 Jul – 28 Oct. biennial.com

A hundred women volunteers from across the city read the writing of 100 women through the ages; from campaigners to poets.

A collection exploring the representation of pioneering women in the first decades of the 20th century.

The Liverpool cholera epidemic of 1832 could have been just another example of people let down by incompetent and indifferent authorities. Instead it was transformed by Kitty  into a story of unflinching courage and hope.

Liverpool Script Shop are turning the hall into the Hotel Transformania. The ‘rooms’ of the hotel are full of people who have undergone life changing experiences. One thing’s for sure – you won’t be the same going out as you were when you came in.

Come along on a journey into what life could be like with free money for everyone. Utopia for Now explores how Universal Basic Income could transform the lives of characters from different backgrounds, who live here in the city. This is the first production from Tomorrow’s Theatre and is performed by a community group. with one thing in common – they all live in Liverpool.