Home LightNight 2017: We are so Lightly Here

LightNight 2017: We are so Lightly Here 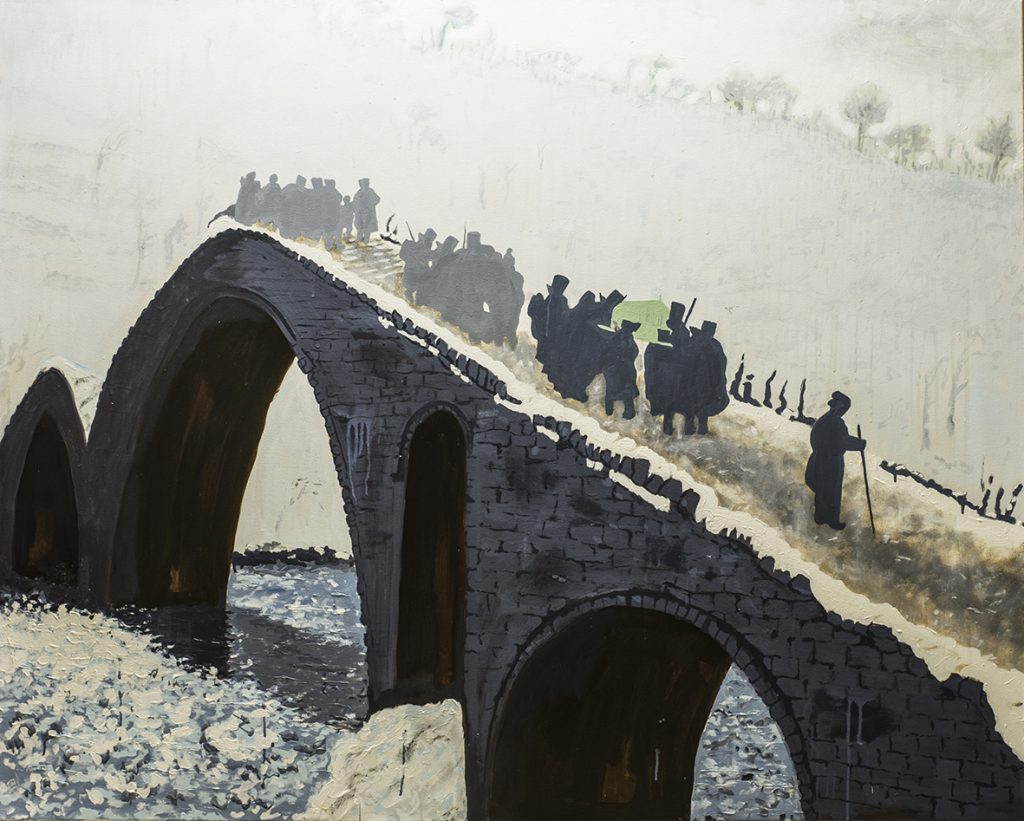 LightNight 2017: We are so Lightly Here

This exhibition of recent work by artist Paul Mellor considers themes of isolation, melancholy, history, memory, loss, allegory and mortality and displays an almost naive faith in the continuing relevance of painting in a digital age.

Paul Mellor studied fine art (painting) at Wimbledon School of Art and has continued to make and exhibit work nationally and internationally in the media of film, video, printmaking and photography.   He returned to painting in 2010.

Paul’s new work deliberately references, both obliquely and directly, particular artists (sometimes individual paintings) that have influenced him sinc he was a student, and others picked up along the way. These influences include Piero della Francesca, Titian, Velazquez, Friedrich, Gauguin, Manet, Munch, Hopper, Bacon, and Richter, as well as auteur filmmakers such as Herzog, Pasolini, Wenders, Visconti, Antonioni and Tarkovsky.

A recurring concern of Paul’s work is to open a dialogue that seeks to interpret a psychological space more representative of a state of mind than any specific place, frequently employing the same themes, tropes and motifs – the melancholic rhetoric of distant horizons, windows and mirrors, isolated figures viewed from behind, and empty spaces and desolate landscapes that suggest an estranged reality and vulnerability. Frequently using source material from a range of digital reproductions (art books, film stills, postcards etc), the finished works offer representations governed by contingency and removed from their points of origin that seek to question the idea of memory, (both private and collective, its failure, illusion and ambiguity), history, and the human condition.