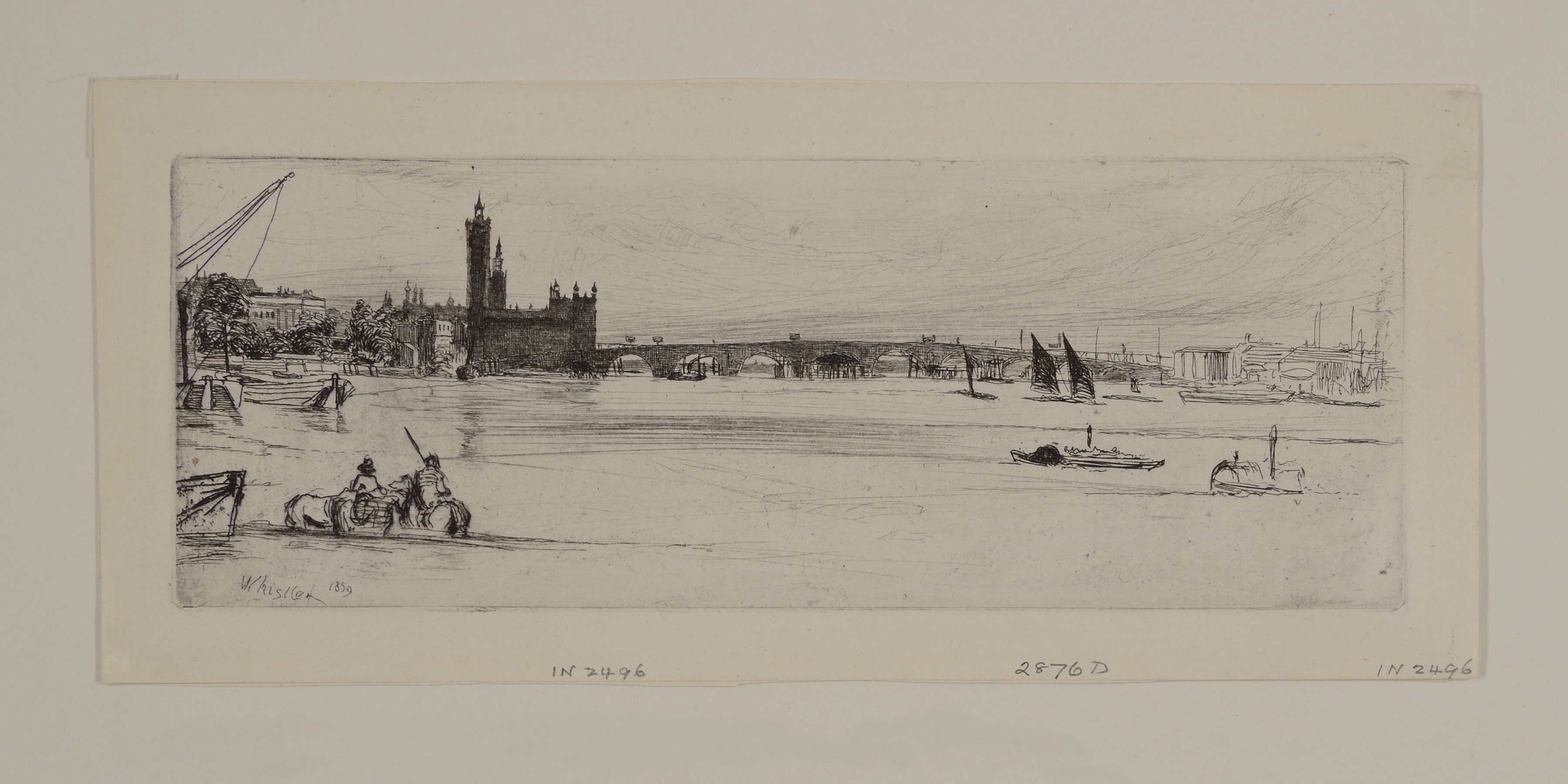 Whistler and Pennell: Etching the City

Work by two of the most influential and innovative etchers, James Abbott McNeill Whistler and Joseph Pennell, goes on display at the Lady Lever Art Gallery from 4 May to 7 October 2018.

Whistler and Pennell: Etching the City features 38 prints. Together these images capture the changing landscape of two major cities, New York and London (and their surrounding areas), in the final years of the industrial revolution.

The exhibition also highlights an important period in etching’s history, known as the Etching Revival. The exhibition considers how both artists championed a medium which had been in a state of decline and their motivation to create a definitive technique and style.

One room places Whistler’s work in particular into context, and examines the role of key people such as Sir Francis Seymour Haden – who was important in redefining etching as an original art medium in Britain – and French artist, Charles Meryon, as significant influences on Whistler.

The second section of the exhibition features the Thames Set, a group of prints made mostly between 1859 and 1861 when the artist first moved to London. These 16 charming etchings show the hive of activity of life on the river. Ships, sailors, cargo, tides, smoke and warehouses fill the images, and give a sense of how rich the city was in subject matter for an artist keen to experiment and push the boundaries of the medium.

The final room focuses on Pennell, Whistler’s life-long friend and biographer. Described as the “pictorial laureate of the last phase of the industrial revolution”, Pennell was a leading American printmaker. Made some 50 years after the Thames Set this series explores how Pennell’s work continued Whistler’s search for a fresh technique and style. Views of early 20th century skyscrapers and Brooklyn Bridge depict a New York visitors may well recognise. The accompanying gritty etchings of neighbouring steel and oil-works give some insight into the industries powering the city’s growth, and the dramatically changing skyline that confronted Pennell on his return to America in 1908.

The artists shared an interest in the role of architecture, engineering, industry and production but their approaches differed. Whistler’s imagery captured the individual characteristics of the city and its workers, as opposed to Pennell’s, which provides an impersonal and more distant perspective.

This exhibition also explores the lives of both American artists and their motivations for immigrating to Britain in the second half of the 19th century.

Curator of the exhibition, Alex Patterson said: “The prints in this exhibition are small in dimension but bursting with the bustle, life and energy of two major cities going through extraordinary growth and change. It is fascinating to compare the work of the two artists whose approach differed but who shared a passion and a belief for the medium of etching.

“Whistler is generally much better known as a painter, so we hope this exhibition will give visitors an opportunity to see a new side to the artist and appreciate his versatility in finding new ways to share his view of the changing world around him.”

The exhibition is drawn entirely from the Walker Art Gallery’s collection of more than 8,000 works on paper, which spans from the early Medieval and Renaissance period to the present day and features works of international significance.

The development of the Whistler and Pennell: Etching the City exhibition was supported by a Jonathan Ruffer Curatorial Research Grant from the Art Fund.

Watermark, an ongoing project to create an online gallery of the Walker’s works on paper, is funded by the Molly Tomlinson Bequests. www.liverpoolmuseums.org.uk/watermark

The exhibition is accompanied by an exciting public programme of free activities for all ages.