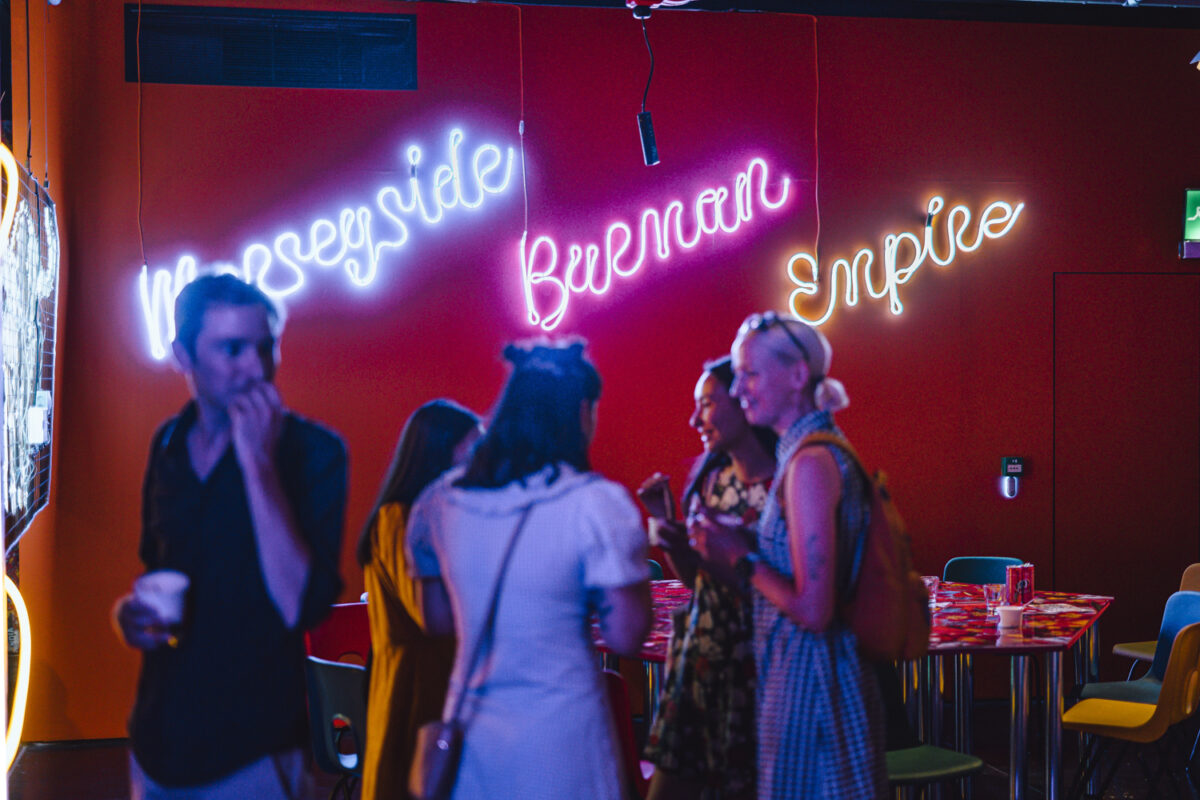 Welcome to Chila Kumari Singh Burman’s Merseyside Burman Empire, an experimental space filled with her eye-catching designs and artworks. Over the next year it will also include the work of FACT’s resident artists.

Multi-layered and ever-changing, Chila’s works utilise neon, sculpture, collage and film to challenge stereotypes around gender and cultural identity. Born in Bootle to Punjabi-Hindu parents, her unique style and understanding of ‘Britishness’ has been shaped by her working class childhood growing up in Liverpool. Inspired by this, Chila’s desire is to make this space feel like a living room: filled with comfort, identity and an invitation to spend some time.

Around the space you will find a mixture of new and existing works turning the room into a ‘kaleidoscope of colour’. Spilling out from the walls, onto the furniture and emblazoned on the Tuk Tuk are Chila’s renowned motifs. Hindu deities, glitter, bindis and tigers surround three films based on her own stories and experiences.

Dada and the Punjabi Princess (2017) follows a female protagonist as she makes her way through ‘a murky world of obsession, corruption and destruction’, to come out on top.

Kamla (1996) looks back at Chila’s childhood and her experience of both Punjabi and Scouse identities.

These films, and her approach to making artwork, assert Chila as a pioneer of ever-evolving artistic practice. The name she has given to the space, Merseyside Burman Empire, is a playful nod to the fact she was recently awarded an MBE for her services to visual art.

Chila invites not just visitors into her Punjabi punk world, but also welcomes both local and international artists to create, test and present their ideas.