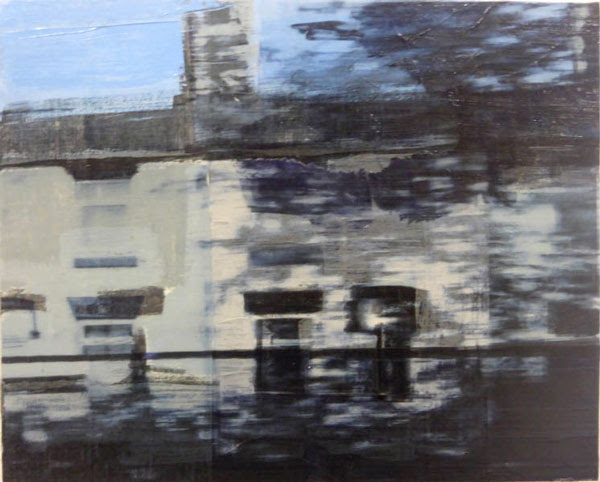 From no fixed viewpoint – Anna Clark

Anna Clark graduated as a mature student in 2014 with a Fine Art degree (first class) from Wirral Metropolitan College, followed by a year’s Fellowship. She won the Liverpool Editions open in 2016 and we are delighted to host her solo show. Breaking with tradition the private view is on a Wednesday instead of our usual Thursday.

Her own photographs are usually the starting point for her work, exploring different printing techniques and building up translucent layers of print and paint, to create images as seen from a moving vehicle or train.

This series of pieces is based on observations recorded during a number of recent journeys by rail and road. They reflect her interest in the interface between the private worlds of individuals and those aspects which are revealed, often unintentionally, to the public gaze. The images capture fleeting details of the world outside from the perspective of an observer who remains on one level detached and uninvolved, and at the same time intrigued by glimpses of other people’s lives.