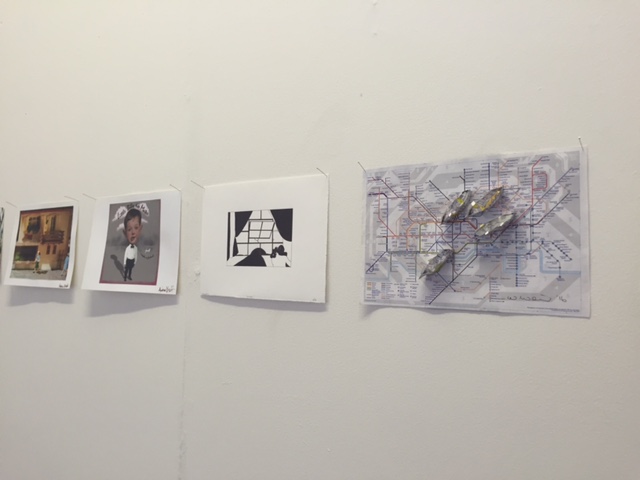 Join us for a fundraising auction of artworks. on Friday 7th April at The Bridewell studios. You can pop into the studios from 3pm and take a look at the exhibition and if you fancy anything on display, put in an offer there and then, or stay for the auction which will take place later that night.

This fundraiser is one of several we are organising.  We are raising cash to take part again in the Platforms project in Athens this May. The event coincides with the prestigious Documenta 14, which take place in Greece for the first time. The Platforms project will include the work of 39 International groups and we are thrilled that we were chosen from hundreds of artists. (and also being one of the few UK representatives !)

The artworks in the auction can be viewed from 3pm on Friday before the auction begins. Works can be purchased for as little as £10 .

Have a drink, talk to us about our projects – learning how to take part, and if you want, buy an amazing artwork from just £10 and help us make things happen for other artists.

Images of artworks will be posted on our facebook page  shortly. If you can’t make the auction, you can still make a bid by contacting us.

Sci are a collaborative group, made up of artists from different studio groups around the UK. They began life as the Liverpool based group ‘Soup  Collective’ but evolved after joining forces with other groups and taking part in numerous International exhibitions .