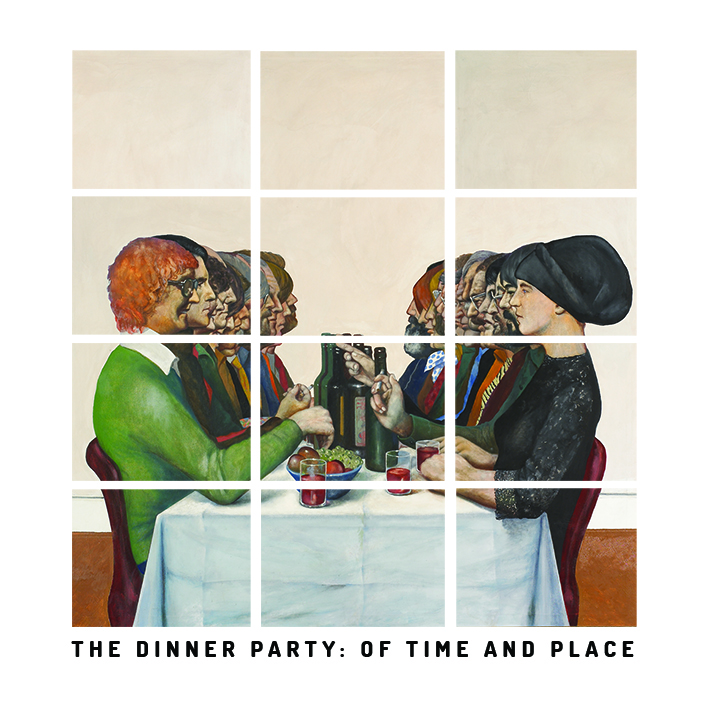 The Dinner Party: Of Time And Place is in the final three weeks of its ten-week run at Wirral’s Williamson Gallery and Museum.

The exhibition looks at the work of five Liverpool painters from the 1960s and 1970s, with Sam Walsh’s 1980 painting The Dinner Party as its centrepiece.

All five – Walsh, Adrian Henri Maurice Cockrill, Don McKinlay and Arthur Ballard – were at the centre of the city’s art world, and two rooms host almost 60 examples of their output.

As you may already know, Ballard was John Lennon’s tutor at Liverpool College of Art; Walsh painted the portrait of Paul McCartney (Mike’s Brother) which recently adorned the cover of the National Portrait Gallery’s guidebook; Henri (together with Roger McGough and Brian Patten) was among other things a Mersey Poet with a Mersey Sound; Cockrill would become Keeper of the Royal Academy Schools in the Noughties and feature in David Bowie’s collection, while McKinlay had a five-year affair with author and painter Beryl Bainbridge in the late 1960s.