Art in Windows: One Fathom Deep 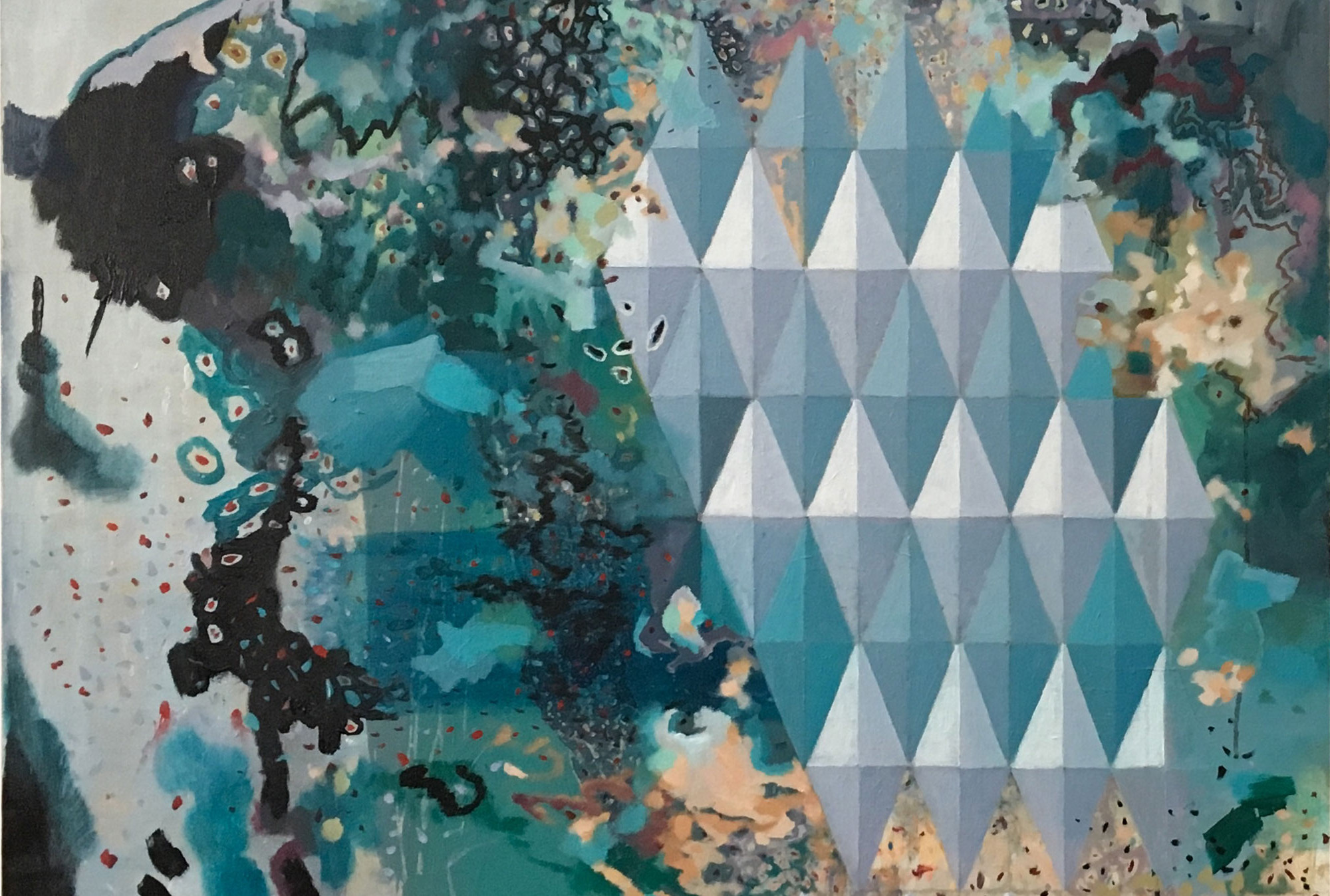 Art in Windows: One Fathom Deep

Soundings – The act of measuring a body of water

Chris Smith is fascinated by the story of how US Navy scientists struggled to perfect early sonar techniques in the 1950s. Initial attempts were dogged by returning echoes that seemed to show objects in the sea where there were none. Eventually, they discovered that the phantom echoes were caused by the sea itself. Hidden at various depths, they found pockets of water which varied in temperature, density, volume and salinity to the sea surrounding them. Scientists named these phenomena Haloclines and Thermoclines.

In One Fathom Deep Smith expands his interest in the idea of soundings with these enthralling, multi-layered paintings. However, the idea of a signal trying to find its way through a sea of fragmented marks, suspensions and layers is not just a test of what is submerged in the mind of the artist. Ultimately, that signal is transmitted to you, the viewer, not only as you contemplate this installation but also as you walk through the magnificent city of Liverpool, with its many undercurrents and pockets of historical and contemporary maritime culture and commerce.