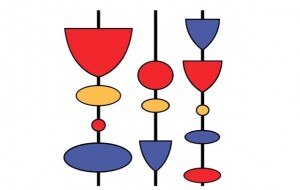 Tickets are now on sale for this year’s Wirral Festival of Firsts – Wirral’s favourite community arts festival with a difference.

There are 23 different ticketed events, including four free events, something for everyone and affordable prices as usual. The full Festival programme can be downloaded from the Festival website www.festivaloffirsts.com and the printed version of the programme will be distributed widely later on this month.

Wirral Festival of Firsts was established in Hoylake in 2011 to deliver an innovative, community-based arts festival. The Festival, which maintains its hub in West Wirral, encourages participation and the showcasing of local talent, and provides opportunities for the community to access and enjoy some examples of the best art, music and poetry in the country. The Festival is run entirely by volunteers.

The 2014 Festival attracted over 13,500 audiences, participants and performers and held events in Hoylake, West Kirby, Meols and New Brighton.

As well as the Festi-Velo (Festive Bike Parade) and Carnival Parade on 4 July 2015, some more features of the 2015 Festival include:

This year’s Festival is supported using public funding by the National Lottery through Arts Council England, and the Festival is also grateful to Your Wirral for its support. The Festival supports fundraising for Claire House.

For more information or to volunteer: Email: info@festivaloffirsts.com Tel: 0151 6322750

*Tickets are available online and by phone from www.ticketswirral.com (T: 0151 666 0000), and also though various outlets in Hoylake and West Kirby: Acorn Picture Framing, HELP shop, Hoylake Parade Community Centre and Urbane gift shop in Hoylake, and Staacks and Lattetude in West Kirby.

Meet the Artists – Semiconductor at FACT

EVENTS: Celebrate the ‘Chinese Year of the Rabbit’ at the VG&M