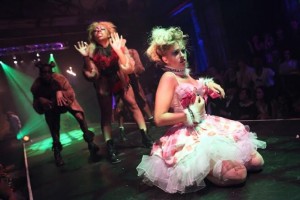 The dance event to end all other dance events, The Vogue Ball this year is a voyage in to the darkest depths of the galaxy with The Space Oddity; coming to The Rum Warehouse, which forms part of the Titanic Hotel at Liverpool’s iconic Stanley Dock.

Now an international sensation, The Vogue Ball in Liverpool is a dance event like no other in the UK – where club culture meets high art. This year the heat is on to boldly vogue where no one has vogued before, as the very best Vogue teams (known as ‘Houses’) battle it out in a fight for ultimate dance supremacy, and 2014 sees a record number of ‘Houses’ participating in what promises to be the biggest and best Ball to date. 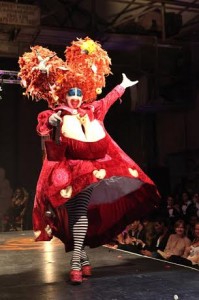 There will also be a special performance from House of Addict, who stormed through to this year’s final of ITV’s Britain’s Got Talent.

Organisers House of Suarez are now a company in residence at Rare Studio Liverpool, which offers professional performing arts training to young people in Merseyside. The company offers evening and weekend classes and also provides a one year intensive training course, and aims to nurture young talent, making it more accessible regardless of background – offering expert training from industry professionals. House of Suarez have been working with students at Rare Studio Liverpool and given 8 dance students an exciting opportunity to dance alongside them in one of their pieces.

Get ready to journey through the cosmos and unearth extra-terrestrial beings and space crusaders all engaging in fierce dance combat for your sheer entertainment, on the most messed-up catwalk show in the universe.

2D Art Market at The Bluecoat