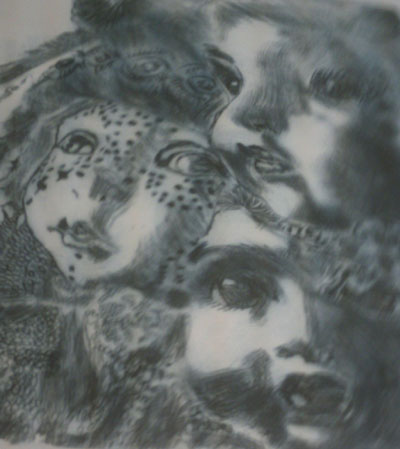 “Explore a rich world of imagination, and influences of the simple doll. The doll has influenced and inspired me to create works of art as an artist. The main focus of the works will be to show how the doll affects all of our lives without us being conscious of it and how it has influenced us in both past and present times.

The doll is much more than a play thing for children as we are often led to believe. The doll itself has a bigger priority in the role of mankind than first realised. It has a part in our everyday existence which is more extensive than we think.  It is a silent image, yet not silent, as it has a greater influence on the way we present and live our lives in today’s society.

The result is an exhibition of unusual depth, with both new and traditional printmaking techniques being used to great effect.”

STARTS: The House That Hope Built

Habitat Symposium: The Bluecoat and its Architecture