Looking through the A-Z or speak to anyone in Wirral and the word “VILLAGE” crops up a lot. Wirral is often perceived as a series of village communities that still identify themselves as separate from their neighbours. This is a look through some of the Williamson’s paintings that pick out the distinctiveness of many Wirral communities.

The Williamson has many paintings by Harold Hopps (1879–1967) in the collection and several of these will be used in the exhibition. Harold Hopps spent several decades documenting the changes to the landscape around him, especially his home town of Wallasey. 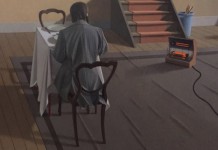 Williamson Gallery and Museum: A Room of One’s Own

Williamson Gallery and Museum: A Room of One’s Own