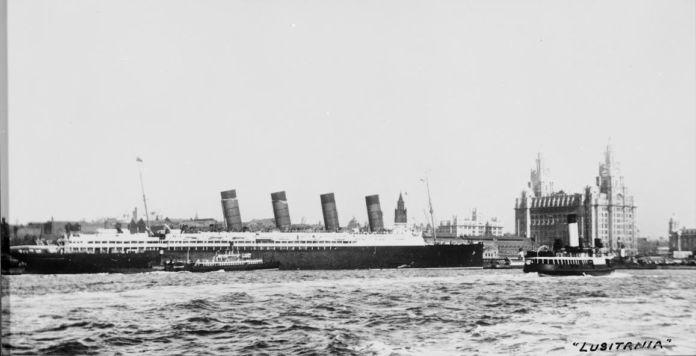 A lifejacket, a shoe belonging to a small child, and letters from survivors are some of the amazing items on show as Merseyside Maritime Museum remembers the loss of the Lusitania.

The Cunard luxury liner was torpedoed with the loss of 1,198 lives in one of the most horrific incidents at sea during the First World War. Only 761 people survived. Commemorating the 100th anniversary of the sinking of “Lusi” this exhibition tells the story of the city’s most loved ship, its passengers and crew.

It will feature many items from the ship which have never been on display before, as well as stories from Merseyside families devastated by the loss of loved ones. As many as 600 people aboard Lusitania had connections with Liverpool, Wirral and the wider region.

In 1915 Lusitania was the world’s most famous ship and the jewel in Liverpool’s crown. Her sinking sent shock waves around the globe and was said to have influenced America’s entry to the war.

As well as the exhibition, a service will take place at Liverpool Parish Church, Our Lady and St Nicholas near Pier Head on the anniversary of the sinking (7 May). A walk of remembrance will take place from the church to Lusitania’s propeller which is located on the quayside between Merseyside Maritime Museum and Museum of Liverpool.

Germany had issued a warning that all Allied shipping, including Lusitania, would be valid targets. The action by U-20 submarine sparked revulsion, particularly in Liverpool and New York, where Lusitania had been a regular visitor.