Bloomberg New Contemporaries and Artquest will be partnering on a programme designed to help UK artists capitalise on opportunities and develop strategies for sustainability through an understanding of where their practice fits within the current arts ecology.

The first Peer Mentoring Session will take place at the Treasure House Theatre at the World Museum, Liverpool.

Peer mentoring is an essential aspect of an artist’s working life. Peer groups provide not only critical feedback necessary to develop work, but also the practical day to day support and encouragement that is the lifeblood of a sustainable practice. In this presentation artist Chloe Cooper talks about her own extensive experiences of peer mentoring, suggesting strategies and approaches to establishing a group and the benefits and challenges that come with it.

A second session will be run in the ICA London to coincide with the BNC show in January 2015.

Chloe Cooper works with people in places to bring about some kind of change. She uses performative tours, lectures and instructional videos to propose something quite improbable to be worked through together. Often combined with Chloe’s participation in critical forms of art education in museums, galleries and schools, these performances look for alternatives to existing ideas, forms and knowledges. Chloe has been part of a live art peer support group since 2008, co-led peer mentoring projects in 2009 and 2010 in association with Live Art Development Agency, Camden Arts Centre and Zabludowicz Collection and is currently leading practice sharing alongside the Learning team at Tate. 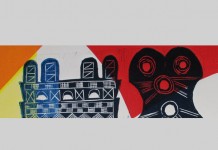 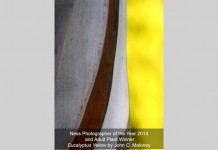 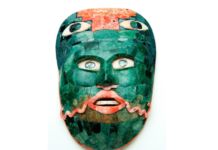 World Museum: Maya: the revelation of an endless time

World Museum: Maya: the revelation of an endless time