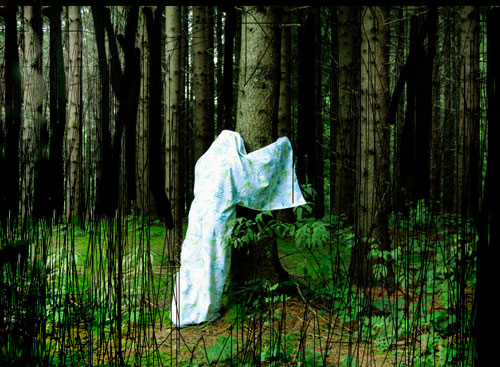 Imagine a society in which financial institutions gamble away our money and blame the public when it is gone; where profits are privatised but risk and real cost is socialised. A society in which the arts sector bears the brunt of public-spending cuts because the public are to be anaesthetised and atomised, facilitating complacency with authority and the standardisation of labour. Imagine a place where inequality thwarts social mobility and where privilege creates lasting class divisions…

Imagine an age of austerity. How could the independence of creative expression be asserted in such a dystopia?

Holly Crawford, Ph.D., Director of AC Institute is a New York based cross media artist, behavioural scientist and art historian. Her art and poetry examine mass media and pop culture and their relationship to art. Recent exhibitions include: Found Punctuation screened at the Tate Modern (2007) and Critical Conversations in a Limo, Melbourne International Arts Festival (2007). She has also written and edited books and papers that include: Attached to the Mouse (2006) and Disney and Pop in Once Upon a Time Walt Disney Studio; Artistic Bedfellows (2008).

Karl Kolley is a Wirral based artist. His practice examines the legacies of modernism; specifically it’s aspirations to change society. For Kolley modernism is an unfinished project and his work aims to continue that revolutionary spirit – invoking memories of the future the way it used to be. Recent exhibitions include: Beauty and the Beast of Burden, Limousine Bull, Aberdeen, (2011), BlankExpression, BLANKSPACE, Manchester (2011) and Line and Form, Chapel Gallery, Lancashire (2010).

Paul Matosic is a Nottingham based artist. He works mainly with found or recycled objects and footage, through which he expresses his disdain for a society that is consumed by its desire to endlessly acquire “stuff”. Recent solo exhibitions include: Lost & Found, Light Box, Woking (2009), A+B=CC, Bonington Gallery, Nottingham (2007) and Multipli City, Context Gallery, Derry (2006).

Arjuna Neuman, is a California based artist and filmmaker. With a practice that combines rigorous conceptualism and technical delight, she urges viewers to critically behold the disregarded and to consider the age old conflicts between the spatial and the political. Recent solo exhibitions include: My Marshall Islands, A402, Los Angeles (2011), Covering the Mirrors, Don’t Look Gallery, Sydney (2009) and Ventriloquist Project, Unit-I Projects, London (2008).

Annick Naour, Ph.D., is a Paris based artist and teacher. Her work forms part of a philosophical enquiry into relational art practice and its social relevance. Working across disciplines Naour uses the body at work as a point of departure, whereby an exchange of knowledge is acquired as the result of physical experimentation. Recent exhibitions include: We are all Girl, Cantor Film Centre, New York (2011), Epidermie, Gallery APONIA, Paris (2010) and The End of the World, Zooart Festival, Cuneo (2008).

SilentBill (SB) refers to a computer program wrote in the mid 60’s at MIT. Due to a mathematical error during the programming SB redesigned itself, injecting itself into the first message sent over the ARPANET quickly evolving and reprogramming itself to absorb information on all subjects. In exchange for this freedom and information SB performed clean up routines on all the systems it visited helping keep other rogue programmes at bay, ensuring those systems ran smoothly. SilentBill is an intervention in a system but also something the system needs in order to understand itself – it is also the name that artworks recently appearing across Europe are attributed to.

The Artwertease® is a new persona of Konstantinos-Antonios Goutos (after his theFlaneu®). Born in Larissa, Greece, and studying at the Prague Academy of Arts he went on to stroll around the world. Using the video camera to deconstruct the narrative of spectacle that characterises our experience of the city – The Artwertease® currently works to present those narrative elements piece by piece, revealing the fragility and the absurdity of the consumerist spectacle. To date 50 of these artworks have been presented in film/media/art events throughout Europe, America and Asia.

Del Witticase is a Glasgow based site-specific artist. His current practice reveals a fascination with the physicality of sculpture. Themes of duality and opposition feature regularly in his work, as they come to offer a visual metaphor for the tensions between the built and the natural environment. Recent solo exhibitions include: Somewhere between Falling and Walking, Old Marchon industrial site Cumbria (2008), Quantum, Glasgow Sculpture Studios Gallery (2006) and the residency project The Other Side of Air, Merkinch, Inverness (2007).

Also featuring the expanding spam library in which junk emails are savoured and stored for posterity. These emails often destroyed without being read are here perceived to provide a subversive reaction to Western societal values; revealing assumptions about our desires & sympathies that are held by the authors of spam-emails – authors that often reside in poorer parts of the world.

*Performances by Carl Allen, Gaz Flint and poetry by Bombshell.

This exhibition is curated by John O’Hare for Free Space Projects and it is supported by Wolstenholme Creative Space. With special thanks to Priya Sharma, Caroline Smith & Ruth Who.

Wolstenholme – After the Curtain Falls