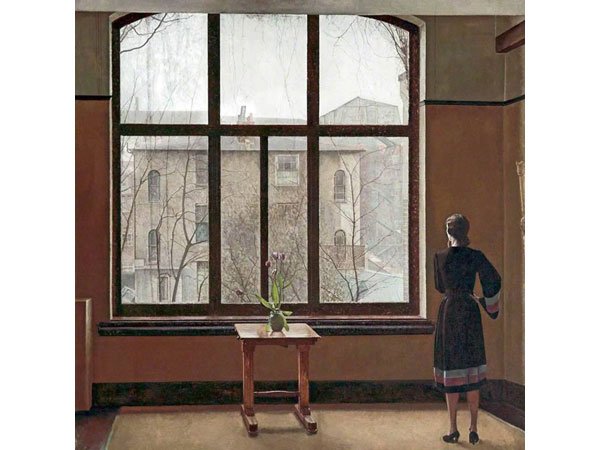 In 1941 he joined the Merchant Navy as 3rd Radio Officer on the ship the Dalesman. In May that year, the Dalesman was bombed and sunk by enemy aircraft off the coast of Crete. Burke, along with other Merchant Navy personnel, was transferred to Milag (Marine Internierten Lager, or Marine Internment Camp) at Westertimke, north west Germany. Whilst imprisoned, he produced many drawings and watercolours. These included images of camp life, portraits and set designs for theatrical productions. In 1945, Burke was repatriated to Britain and died the same year.
Dates: 15/7/15 – 27/10/15
Venue: Williamson Art Gallery and Wirral Museum