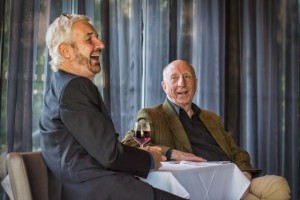 The photographs of Glyn Akroyd, Ian Chantler, George Evans, Ole Hansen,  Barry Quatermass, Barbara Singleton, and Mike Waring give a flavour of the wide spectrum of arts activities at the annual Wirral Festival of Firsts since its inception in 2011.  Five of the exhibitors are members of Hoylake Photographic Society which has supported the Festival  from the beginning.

Wirral Festival of Firsts is an internationally minded, community arts festival with a difference – the difference is perhaps in its determination to foster local participation and new work. It started in Hoylake in 2011 under the inspiration and leadership of John Gorman and has extended its geographical spread to WestKirby and New Brighton. In the first four years, the Festival has run in early July. The Festival focuses onArt, Poetry, Music, and Theatre with significant Fringe Programmes in Film, Literature and Writing. TheFestival is run entirely by volunteers. Throughout the Festival, we always provide the fullest possible opportunities for Claire House, Wirral’s Hospice for Children, and other local charities, to raise money to support their operations.

Image of Willy Russell and John Gorman by George Evans

Williamson Gallery: George Rae of Birkenhead and his Pre-Raphaelite collection