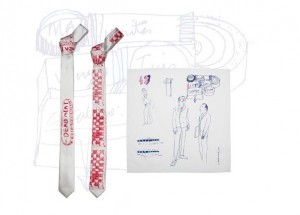 Rachael has been a successful practising textile artist and designer since leaving the Royal College of Art in 1992, as one of the first post graduate students of Embroidery. Since then, she has become one of its most respected practitioners. Her graphic, lively sketches of ordinary life and objects typify her powers of observation and knack for catching the moment. Born and brought up in Wirral, Rachael returned to the peninsula after 15 years in London.

Williamson Gallery: Watercolours at the Williamson