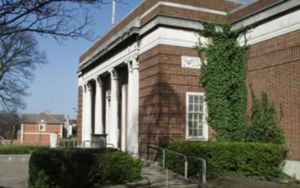 Julian Treuherz, former keeper of art for National Museums Liverpool, has extensive expertise on nineteenth-century Pre-Raphaelite art movement. Over the years he was involved in many events dedicated to the Pre-Raphaelites, and published extensively on the subject. Julian will talk on George Rae (1817-1902), a Birkenhead banker, who formed an unrivalled collection of Pre-Raphaelite paintings including now famous works by Dante Gabriel Rossetti, Ford Madox Brown and Arthur Hughes, as well as landscapes by Liverpool artists such as William Davis and William J. Bond. Many of them are now in museums including the Tate, the Walker and the Lady Lever Art Gallery. In this illustrated talk Julian will discuss how Rae made his money, how he met the Pre-Raphaelites, and which paintings he bought. Listening to Julian at the Williamson, we will find ourselves only a short distance from Rae’s house, Redcourt (now St Anselm’s) where the paintings once hung.