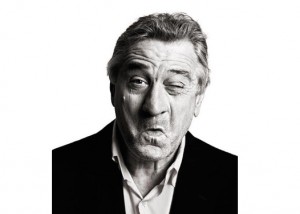 Photographer Andy Gotts’s Behind the Mask show for the British Academy of Film and Television Arts comes to The Williamson Art Gallery & Museum in a blockbuster exhibition to launch the new year’s exhibition programme.

The touring exhibition is the biggest collection of BAFTA-winning actor portraiture ever assembled with portraits of over one hundred international stars of the big and small screen. The images in Behind The Mask represent the who’s who of actors who have won or been nominated for a BAFTA since 1954.

The exhibition is a collaboration between BAFTA Archive & Heritage and the renowned celebrity photographer, Dr Andy Gotts MBE, who crossed the globe to photograph subjects including many British celebrities including Wirral’s very own Daniel Craig and Glenda Jackson, as well as American stars Al Pacino, Johnny Depp, Sidney Poitier and the late Lauren Bacall and Robin Williams. 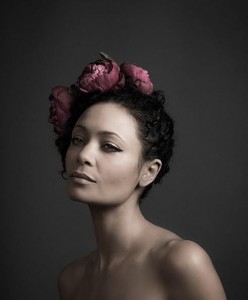 BAFTA Archive & Heritage collects, protects and celebrates the rich heritage of BAFTA, the UK’s leading independent charity supporting, developing and promoting the art forms of the moving image since 1947.

There will be a ticketed VIP opening on the evening of Thursday the 22 of January with an opportunity to view the celebrity portraits during a reception with music and refreshments. For more information on how to get tickets, please contact the Friends of the Williamson (friendswilliamson@gmail.com), follow their blog, or get in touch on Facebook.

The Friends of the Williamson in conjunction with The Light Cinema in New Brighton hope to run a programme of BAFTA award winners every Thursday evening throughout the duration of the exhibition, with discounts for Friends of the Williamson. The Birkenhead Library Film Society that operated for over 30 years at the Williamson and then at Birkenhead Town Hall has been much missed and this may afford the opportunity to start a regular film club at The Light alongside their ‘LightArts’ programme of cultural broadcasts.

Williamson: Waterloo Lives: The Story Behind the Painting

Williamson Gallery: George Rae of Birkenhead and his Pre-Raphaelite collection