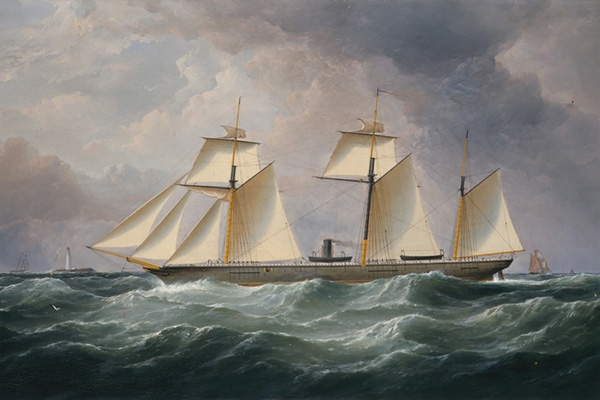 The last Confederate surrender of the American Civil War occurred in Merseyside on 6 November 1865, when the Confederate warship ‘CSS Shenandoah’ surrendered.

During 1864-1865 the ship had captured, sunk or bonded 38 Union merchant vessels, and was responsible for firing the last shot of the American Civil War in June 1865.

Unaware of the Confederate surrender, the captain continued to sink Union merchant ships off Alaska, until the ship met the Liverpool ship ‘Barrocouta’ sailing out of San Francisco harbour on 2 August.

He sailed the ‘Shenandoah’ to Merseyside to surrender knowing that if they returned to America, it would mean he and his crew would face a Union court and be tried as pirates, as surrender terms did not extend amnesty to sailors.

SS Alabama was built in 1862 for the Confederate States Navy at Birkenhead. The Alabama served as a successful commerce raider, attacking Union merchant and naval ships over the course of her two-year career, during which she never docked at a Southern port. She was sunk in June 1864 by the USS Kearsarge at the Battle of Cherbourg, France.