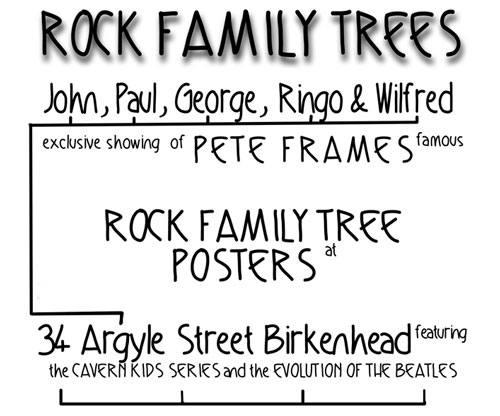 Wirral fans of the Beatles will have the first chance ever to view artist Pete Frame’s original legendary Rock family Trees posters.

The Wilfred Owen Story and Gallery will be presenting the Evolution of the Beatles (1957-70) series, along with all the Merseyside bands that followed in the Fab Four’s wake in The Cavern Kids profile, never exhibited before in the Wirral and signed by Pete Frame himself, as a gesture of appreciation to Wilfred Owen and others that gave their lives for the freedom of culture we all enjoy today.

To coincide with this remarkable event is a unique charity auction of pieces of the original stage from the demolished former Birkenhead YMCA, signed, authenticated and donated by the present YMCA. These are fragments of Rock ‘n’ Roll history that shaped modern music.

The Auction takes place on Tuesday 16 August, the opening day of the Exhibition. Doors open at 3pm and the day will feature special guest appearances. Admittance is strictly limited so please contact http://www.WilfredOwenstory.com for ticket details, or call at The Wilfred Owen Story And Gallery, 34 Argyle Street, Birkenhead, Wirral, CH41 6AE. 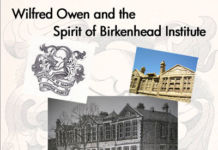