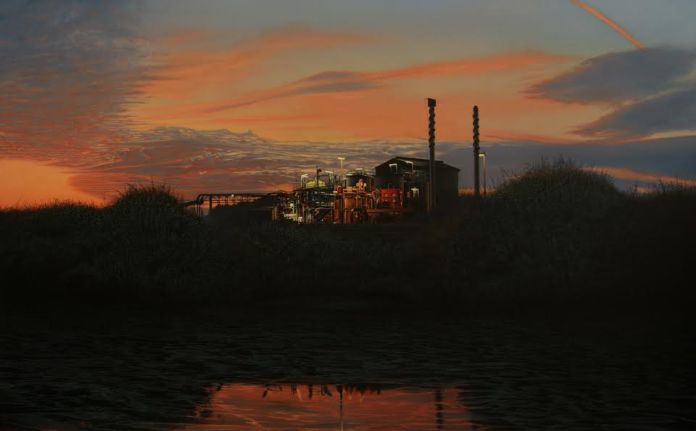 A new exhibition which explores how artists have portrayed Warrington is now on show at Warrington Museum & Art Gallery. Aptly named Paint Your Town, it features perspectives of Warrington past and present from some of the town’s local artists including Matt Child, Frank Altmann, Jan Newhouse and Reginald Waywell.

The paintings in the exhibition span three centuries. D. Donbavand’s view of Warrington from Atherton’s Quay in 1772 is probably the first detailed and reasonably accurate image of Warrington in the Museum’s collection. By way of contrast, the exhibition also includes new work from Matt Child, whose stunning urban landscapes focus on seemingly innocuous places in Warrington that hold more interest upon closer inspection. Matt was shortlisted for the New Lights Prize in 2011 and 2013, and was named the winner of the Biscuit Factory Prize in 2013. 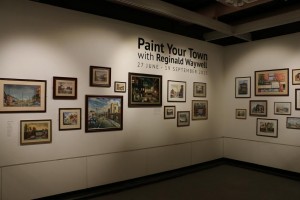 Part of the exhibition collects together a large number of paintings by Reginald Waywell, whose work is evocative of the atmosphere and way of life in a northern town that has undergone massive changes during his lifetime. Now in his nineties, Reginald has spent much of his life documenting Warrington, finding beauty in a wide range of subjects from industrial landscapes and canals to washing lines and wheelie bins. His painting of Crosfields Tower won the Museum’s first-ever Warrington Purchase prize in 1987 and is now held in the Museum’s permanent collection. Earlier this year Reginald was made an Honorary Doctor of Fine Arts by the University of Chester in recognition to his life-long contribution to the arts and culture in Cheshire.