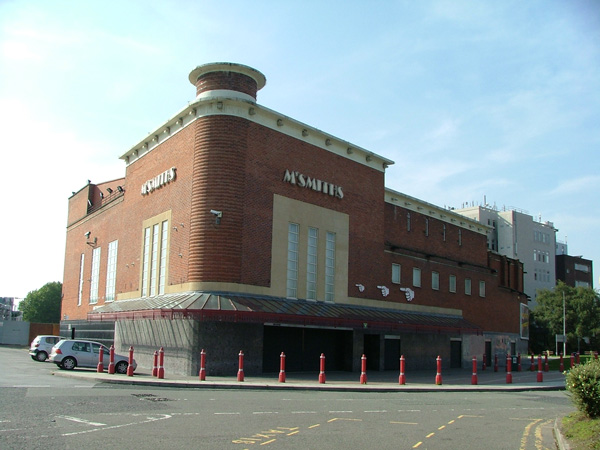 Goodbye Mr Smiths is a response to the community reaction following the fire and demolition of the infamous building that housed the iconic Mr Smiths nightclub in the 1980s and 1990s, which attracted clubbers from all over the North West.

The exhibition follows the building’s story from the Art Deco Ritz and ABC cinemas to its heyday as Mr Smiths nightclub and its sudden dramatic destruction in April 2015.

A collection of photographs, objects and memories, including oral history interviews with well-known local characters such as Stan the Man and Hitman and Her dancer, Wiggy, pay a nostalgic tribute to the well-loved local landmark.

The exhibition, which will be in residence at Warrington Museum & Art Gallery until February, also explores how the nightclub became known nationally in the late 1980s following its use as a regular venue for the ITV dance music show The Hitman and Her, hosted by Pete Waterman and Michaela Strachan.

Michelle Hill, curator of the exhibition from Warrington Museum & Art Gallery, said:
“It was important for Warrington Museum & Art Gallery to capture people’s memories of Mr Smiths as it was an important landmark in the town and so many people were touched by its demolition. The exhibition gives a real insight into the building on its journey from an art deco cinema to the iconic nightclub and it also explores how local people enjoyed the time they spent there.”