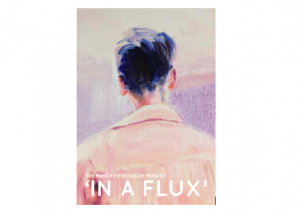 An exhibition of new work by artist group The Manchester Salon; a group of five artists – Lindsey Bull, Maurice Carlin, Daniel Fogarty, Laura Mansfield and Jen Wu, each of whom work in the different practices of sculpture, installation, painting, printmaking, publications and curating.

The group was formed to promote critical debate and discussion around their work. Through inviting curators, artists and writers to Manchester, the project aims to stimulate dialogue around critical art practice in the city. This exhibition, part of the 2014 Warrington Contemporary Arts Festival, is the group’s response to Warrington Museum & Art Gallery. As a group united by discourse, the Salon has responded to the Museum by reading the building and its contents as a site of unfolding and endless conversations. Revolving around a series of modulating brick forms, reconfigured from Jen Wu’s current urban reclamation work The Wall, Lindsey Bull’s small scale figurative paintings and Maurice Carlin’s print series are set amidst a turquoise backdrop re-staged from Daniel Fogarty’s ongoing project OXO conference.

The exhibition invites the viewer to look for points of connection, association and difference not only between the works on show but also within the Museum’s collection and its structures of display. Throughout the duration of the exhibition the group will further remove, change and add to the works on show generating a continual state of flux within the gallery space. On 11th October Laura Mansfield will give a reading in the ethnographic galleries from her current publication project Fas – Rituals for a Future Unknown.